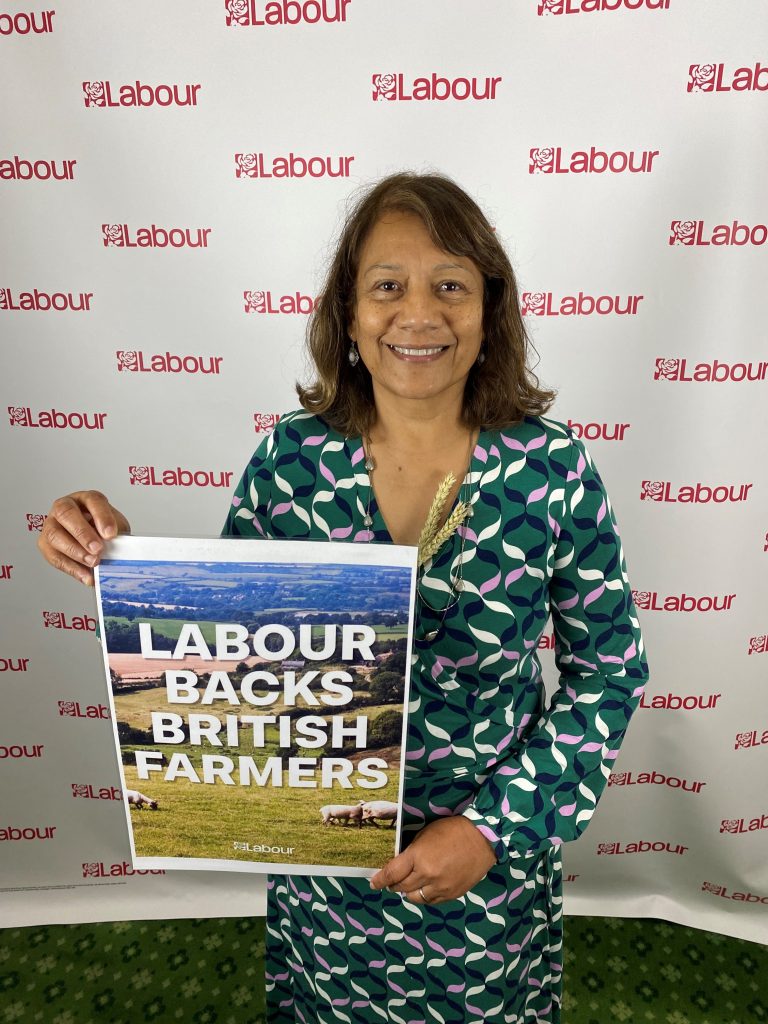 Valerie  has today, on Back British Farming Day, called for public bodies to  buy more British food all year round – part of the campaign to buy, make and sell more across Britain. I am asking every public body to give more contracts to British firms including local businesses in and also asking the Government to pass legislation requiring them to report on how much they are buying from domestic sources with taxpayers’ money. This will include British farmers and food producers. The National Audit Office, in a report released today (15 Sep), finds Ministers are losing farmers’ trust. Labour Party analysis has found rural England stands to lose more than £255 million this year alone as a result of this Government cutting grants to farmers, risking as many as 9,500 agricultural jobs. The NAO has said farmers are proving very reluctant to take up the Government’s replacement schemes and Ministers have not yet even set agreed objectives for
them. The sector also continues to struggle with worker shortages and supply chain issues of this  Government’s making,  while being undermined in trade deals that risk the world’s biggest agricultural corporations undercutting British farmers on animal welfare and environmental standards.

With public bodies estimated to spend over £2 billion a year procuring food, the Government could do more to ensure British farmers benefit, but it isn’t.  6 of 7 initiatives such as the Cabinet Office switching from Dutch to English bacon, but only for British Food Fortnight, are not enough.

Valerie said: “The excellent local food produced in [constituency] is the pride of our community. But we need that pride to be shared by the Government, and get all of our public bodies using more of our high quality, local, British produce. On Back British Farming Day, I’m proud to say I back our farmers here in Walsall South and across the country. Hope everyone backs our farmers.