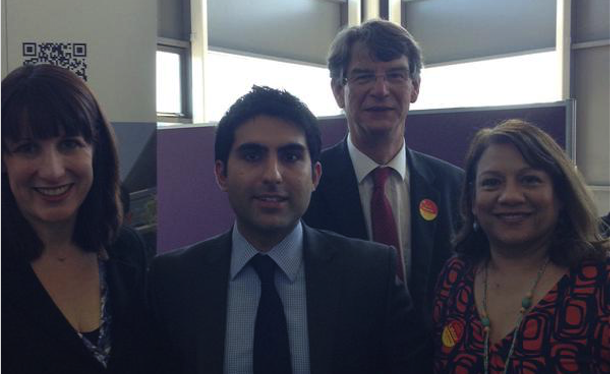 “I attended the launch of the BAME manifesto in Wolverhampton following the launch of Labour’s BAME Manifesto in Leicester by Ed Miliband. I was joined by Labour politicians Pat McFadden, Rachael Reeves, Rob Marris, John Spellar, and Unison Regional Secretary Ravi Subramanian.”
“In Leicester, Ed Miliband set out Labour’s plan – A Better Future for Britain’s BAME Communities – to break down the barriers that still face many people from ethnic minority backgrounds. There is increasing evidence that things have gone backwards under the Coalition Government.”
Labour’s better plan:
• We will introduce a cross-government race equality strategy to drive progress across government.
• We will build an economy that works for working people, extending opportunity and tackling the discrimination that holds people back.
• We will raise the National Minimum Wage to more than £8 an hour by October 2019.
• We will ensure better and more inclusive public services, with our Parliament, police and judiciary representative of the communities they serve.
• We will build stronger and more cohesive communities, with tougher action against hate crime, including rising anti-Semitism and Islamophobia.
• We will improve the representation of ethnic minorities in public life.
• We will re-engage with the world to promote human rights, justice and religious tolerance.
More information about Labour’s BAME Manifesto is available here: http://b.3cdn.net/labouruk/793b7ec1781c96d97d_nim6bydbn.pdf