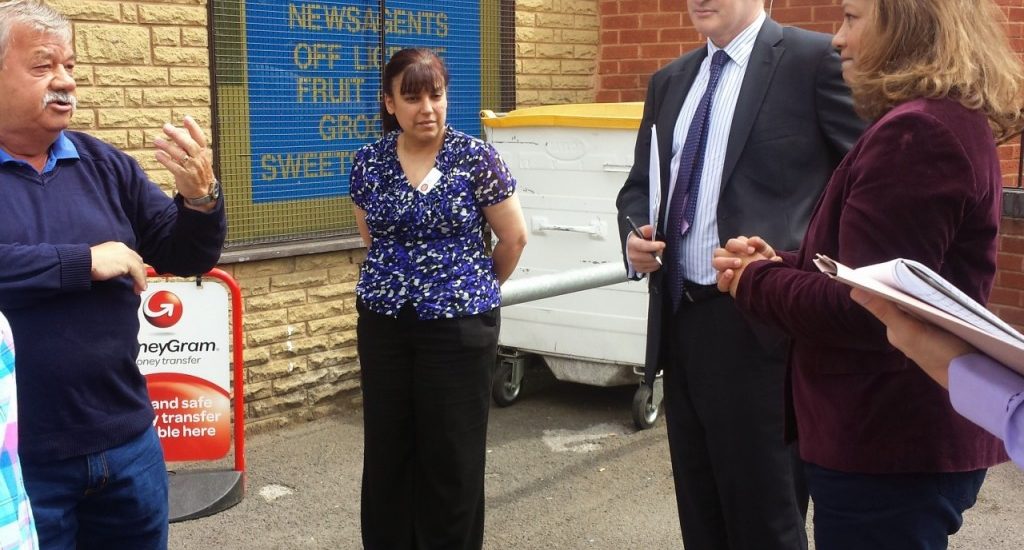 “It was great to speak to local residents. Over the last five years I have been involved in a number of issues in Moxley. Most recently residents contacted me with concerns about the relocation of Moxley Post Office. I wrote to Royal Mail to ask for a Postbox to be installed outside Moxley Post Office on Kendrick Road. I am delighted that the new postbox has been installed.”
“I helped with planting at the George Road Community Garden on Herbert’s Park Road. It was wonderful to see so many members of the local community turn out to take part in the development of this new green space making it a much cleaner place to live. I visited the site in June 2013. After my visit I put the organisers in touch with the Wildlife Trust who were giving away free trees. This is a wonderful example of what can happen when the community works together.”

“Following the councils decision to sell Moxely Infants School site to the Staffordshire and West Midlands Probation Trust to build an Approved Premises residents contacted me who were overwhelmingly opposed to the decision. I arranged meetings with the Trust’s Chief Executives and residents and in 2012 Walsall Borough Council confirmed they will not sell the former site. This shows that when local residents work together to defend their interests, they can make a difference, even when it appears that the decisions have already been taken.”