HomeNewsMicroplastics, Textiles and the Environment Event

Microplastics, Textiles and the Environment Event

Microplastics are fibres 5mm or smaller which are shed from clothing when worn or put in the laundry, both natural and synthetic. When these microplastics are washed into oceans and rivers they enter the human food chain. On Tuesday 24 May 2022 I attended an event in Parliament on Textiles and the Environment hosted by the All-Party Parliamentary Group on Microplastics, where I met with representatives from the Women’s Institute and researchers from the University of Plymouth to discuss the campaign to “End the Plastic Soup”.

Research by the University of Plymouth found that an average 6kg laundry load can release up to 700,000 microfibres into the environment. The APPG is campaigning for fibre capture filters to be installed in all new UK washing machines by 2025, which could prevent 87% of all microplastics from entering our rivers and oceans. France and Australia have already legislated to make this change by 2025 and 2030 respectively.

The Women’s Institute, who have been campaigning on this issue, have produced the following information sheet with guidance on how to reduce laundry microplastic pollution: 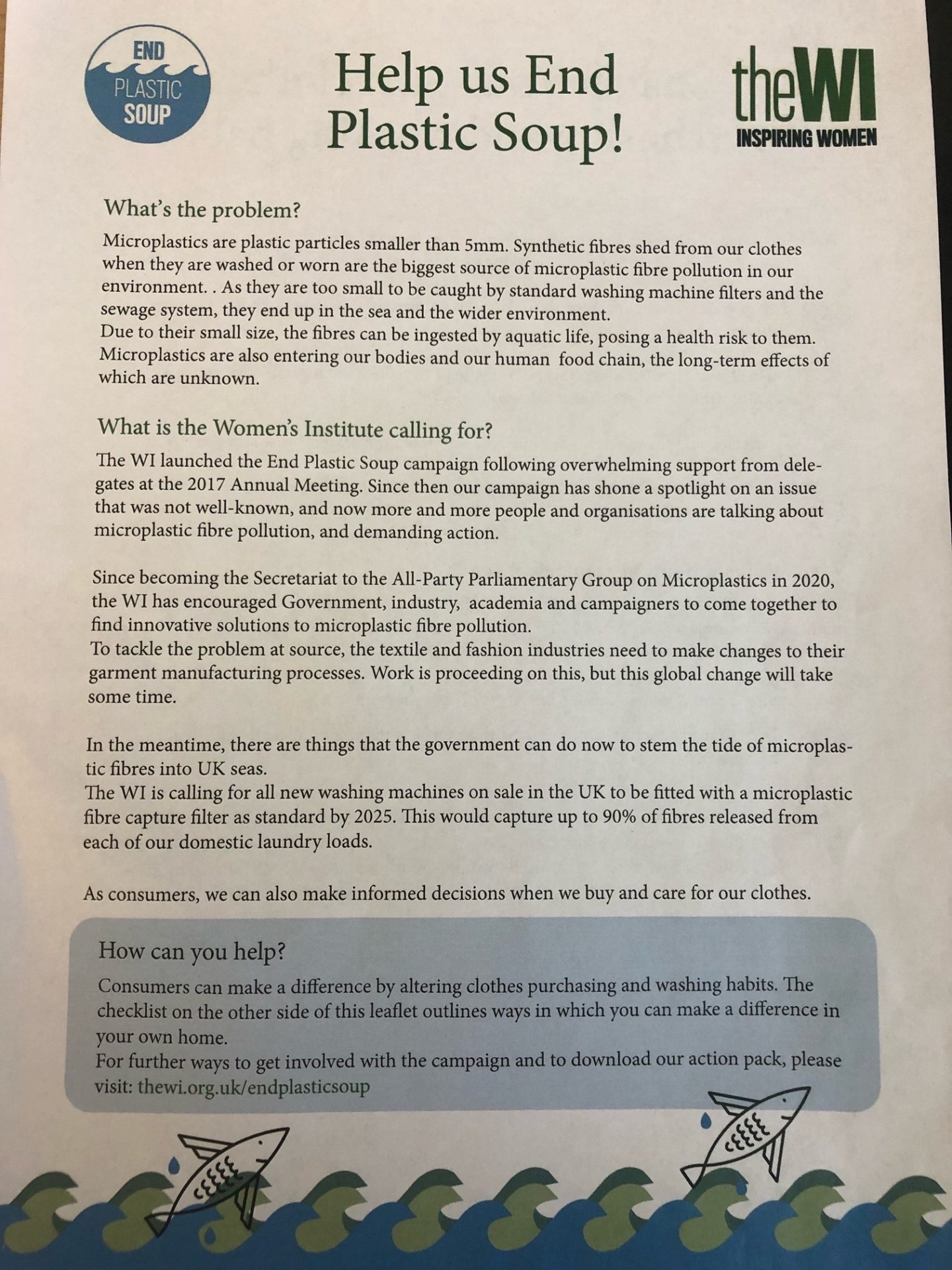 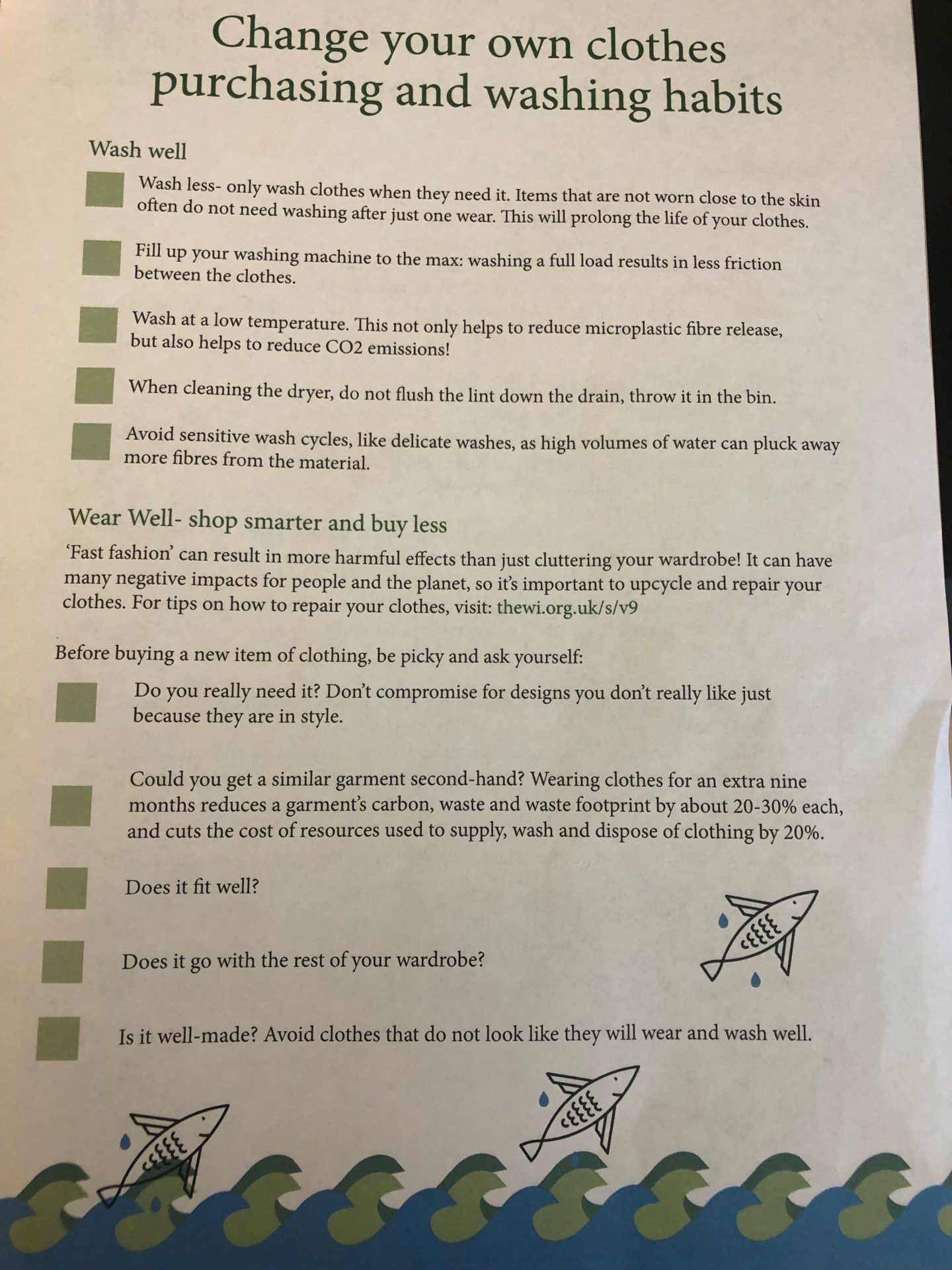