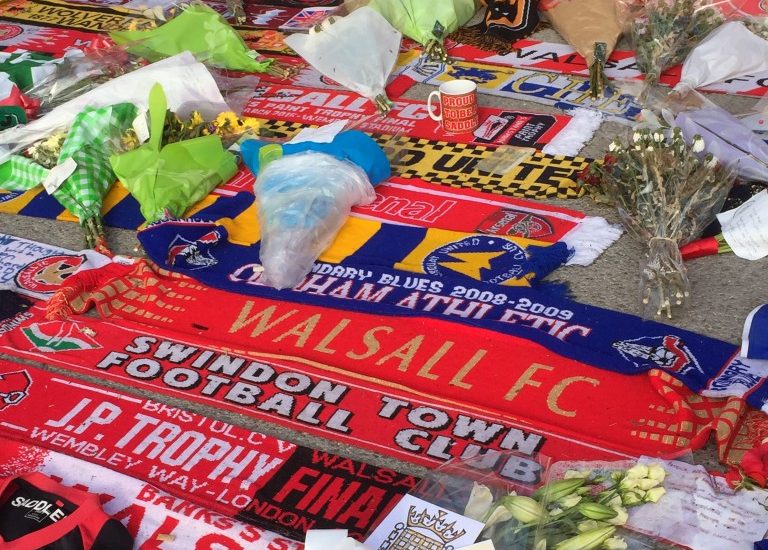 On Friday 3 July 2015 I paid my respects to the 38 people killed in the terrorist attack at Sousse in Tunisia I took part in the minute’s silence held at Walsall FC’s Banks’ Stadium in memory of those killed including 3 generations of the same family of Walsall FC supporters. I laid flowers next to the many tributes from the Saddlers fans which covered two sides of the entrance to the Main Reception.

The ceremony at the Banks’ Stadium had particular significance as three of those killed, Joel Richards, his uncle Adrian Evans, and his grandfather Charles ‘Patrick’ Evans were Walsall FC supporters who had been at the final of the Johnstone’s Paint Trophy at Wembley in March. Their family joined us as the Vicar said the prayers as we remembered them.

Dean Smith, the entire playing squad and the Club’s management were present for the ceremony. There were many fans and local people who paid their respects. It is vital that the families of Joel, Adrian and Patrick receive the support and assistance that they need at this difficult time.