HomeNewsValerie responds to motions on appointments

Valerie responds to motions on appointments 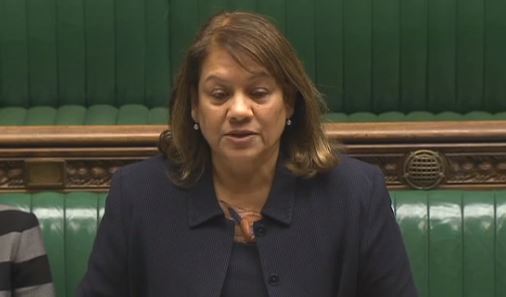 The Government tabled the following two motions on Tuesday 23 January 2018.
The first motion was:
“That an Humble Address be presented to Her Majesty, praying that Her Majesty will appoint Jackie Smith to the office of ordinary member of the Independent Parliamentary Standards Authority for a period of five years with effect from 19 February 2018.”
I made the following statement to the House:
I thank the Leader of the House for what she has said. I wish to thank the independent panel appointed by Mr Speaker—the independent chair, Mark Addison; Ruth Evans, the IPSA chair; Shrinivas Honap, the lay member of the Speaker’s Committee for IPSA; Meg Munn, former MP for Sheffield, Heeley; and Michael Whitehouse, former chief operating officer of the National Audit Office—for its assiduous work in identifying possible candidates. I also wish to thank the outgoing IPSA board member, Elizabeth Padmore, for all her work.
The panel has been independent, transparent and diligent in its work. It was the panel’s unanimous view, which was endorsed by the Committee, to appoint Jackie Smith, who, as the Leader of the House has said, is currently the chief executive and registrar at the Nursing and Midwifery Council, and so has had experience in dealing with an organisation of more than 800 staff over five locations across the four countries of the United Kingdom. She was also head of investigation and lay affiliate for standards and fitness to practise at the General Medical Council. Ms Smith’s experience in regulation and delivering performance will serve her well.
The Opposition endorse the appointment of Jackie Smith to the Speaker’s Committee for the Independent Parliamentary Standards Authority, and wish her well in her new role. She will be there from 19 February 2018 to 18 February 2023.
This motion was passed without a vote.
The second motion was as follows:
“That an Humble Address be presented to Her Majesty, praying that Her Majesty will appoint Professor Sir Ian Kennedy as an Electoral Commissioner with effect from 1 February 2018 for the period ending 31 January 2022.
I made the following statement to the House:
May I thank the Leader of the House for her comments? I also thank the chair of the independent panel, Joanna Place, and the other panel members, namely Sir John Holmes, the chair of the Electoral Commission, and my hon. Friend the Member for Houghton and Sunderland South (Bridget Phillipson), who is a member of the Speaker’s Committee on the Electoral Commission, for their work in identifying the candidates and going through the selection process. My thanks also go to the outgoing commissioner, Toby Hobman, who has served two terms since 2010.
The unanimous view of the panel was that Professor Sir Ian Kennedy should be appointed as an electoral commissioner. Sir Ian has been involved in public life for more than three decades. The Opposition therefore agree with the independent panel’s recommendation on the appointment of Professor Sir Ian Kennedy from 1 February 2018 to 31 January 2022.
The motion went to a vote and did not pass. The Ayes were 46 the noes were 77.