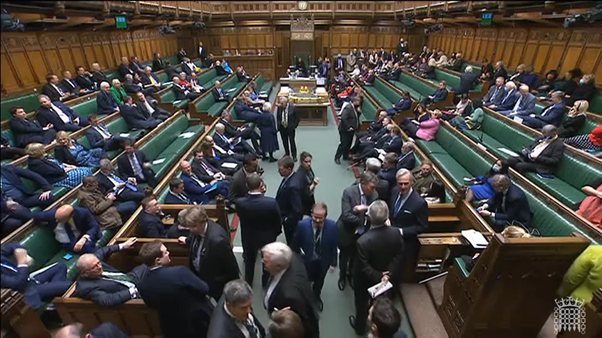 The National Insurance Contributions Bill amends National Insurance legislation in relation to employers taking on employees in one of the Government’s new ‘Freeports’, employers hiring armed forces veterans during their first year after leaving the forces, and self-employed people who have received covid-19 Test and Trace Support Payments. It also allows for changes to the Disclosure of Tax Avoidance Schemes regime.

The Government seeks to introduce a number of ‘freeports’ around the country where standard tax and customs rules will not apply. Lords Amendment 2 adds an additional condition whereby the Freeport NICs relief would only be available if the Freeport governance body maintained a public record of beneficial ownership of businesses operating in the freeport tax site. Transparency of ownership for UK assets is highly important. I voted against the motion, which was passed, Ayes:295 and Noes:198.

Lords Amendment 4 provides the Treasury with the power to extend the eligibility period attached to zero-rate relief for armed forces veterans, should that be deemed desirable to improve the ability of veterans to find long-term employment. The Government should have the power to extend National Insurance relief for employers taking on veterans beyond a year if this proves to be an effective means of assisting veterans to secure employment. I voted against the motion, which was passed, Ayes:298 and Noes:199.