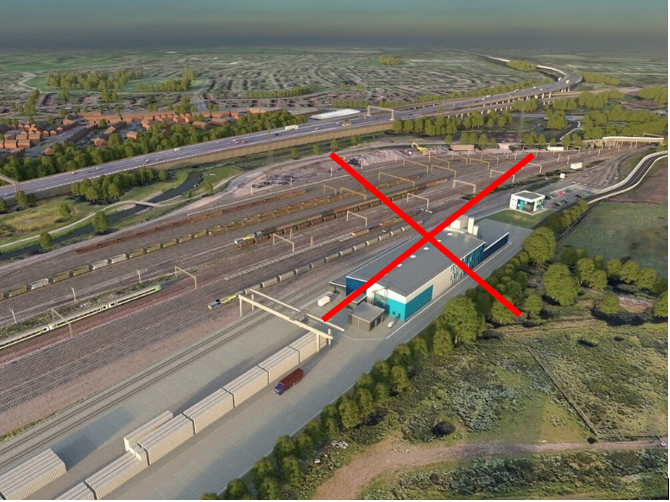 From the outset I have opposed Network Rail’s proposal to build a sleeper factory on the Bescot Site in Sandwell. After over 2 years of campaigning, I am pleased that Network Rail have finally seen sense and abandoned their application.

In the first instance I had to contact my constituents who would be affected by the lorries carrying aggregate material from the site trundling through the constituency.  We had to force Network Rail to hold proper consultations with residents. But my consultation with residents who live on the route the lorries would have taken showed that the overwhelming majority were against the plans.

I first wrote to Network Rail urging them to abandon plans for the site in June 2018 and wrote to Sandwell Council to raise my objections to the planning application on 19 September 2018.

The Action Group held a consultation meeting with Network Rail in January 2019, and we were not provided with an impact assessment or the reasons why other sites were not considered which were not close to residential areas. Network Rail had failed to communicate with any local groups about their application and held poorly run consultations.

I wrote to Douglas Oakervee CBE, chair of the HS2 Review Panel on 1 October 2019 to raise concerns about Network Rail’s decision to pursue the site. The facility was set to replace Network Rail’s existing Washwood Heath facility that is being closed down to become a HS2 depot. That would have been a better facility.

On 18 December 2019, Sandwell Council found that this planning application would adversely impact:

“air quality and pollution from dust, water contamination, climate change, and management disposal of waste residues with the application”; and

On 9 June 2020, Network Rail confirmed that they would not be appealing Sandwell Council’s decision to refuse planning permission for the concrete sleeper facility at Bescot.

Walsall has some of the highest levels of air pollution in the country owing to its proximity to the M6 and the congestion on its major roads. This development would have worsened air quality in Walsall and increased congestion. HGV vehicles carrying aggregate material from the site would have travelled through Walsall South twenty-four hours a day, along a route which passed homes, schools and care homes. It was estimated that 4,000 HGV deliveries would have been needed during construction and between 7,776 and 12,816 deliveries would have been made each year once the Site was operational. This equates to between 2 and 35 HGVs travelling through Walsall South each day.

The small number of jobs created by this development would not have offset the pollution, noise disruption and environmental damage caused. It would have come with significant human cost and was justifiably met with significant local opposition. My constituents did not wish to see this factory built on the Bescot Railway Sidings and I am glad their views have been heard.

Walsall and Sandwell residents have fought a determined campaign to prevent this development. We have campaigned against this scheme for over two years and that hard work has finally paid off.