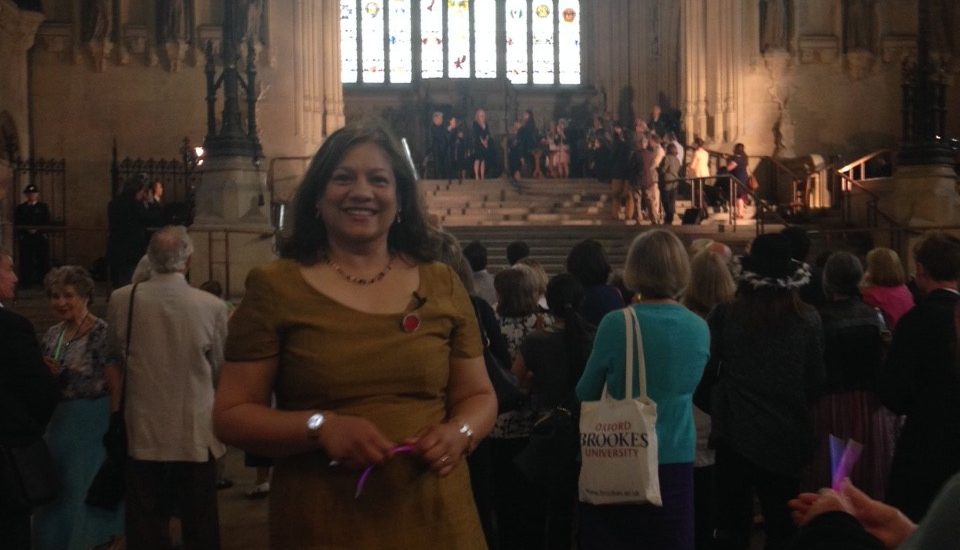 On 7 June 2016, I was honoured to perform a reading at the reception to celebrate the permanent installation of New Dawn, which took place in Westminster Hall and was attended by Mr Speaker, Rt Hon John Bercow MP, the Lord Speaker, the Baroness D’Souza, members of both houses, and invited guests.

New Dawn is a contemporary sculpture by artist Mary Branson celebrating the campaign for women’s suffrage. The metal and illuminated glass sculpture draws on concepts and imagery connected with Parliament and the votes for women campaign to celebrate the individuals and organisations involved in the fight for voting equality.

The date marked the 150th anniversary of John Stuart Mill MP presenting the first mass petition to the House of Commons calling for women to be given the right to vote. Before the unveil, I joined Baroness Fookes, Baroness Maddock and Alison Thewliss MP to deliver a short presentation on the history of women’s rights from 1866 to 2016. In my presentation I spoke about women’s rights in 1906 and the struggles:

“In 1906, women still did not have the vote, but the struggle had mushroomed enormously from the situation in 1866. Votes for women was now a mass campaign, encompassing tens of thousands of women in peaceful organisation such as Millicent Fawcett’s National Union of Women’s Suffrage Societies continuing to petition, march and lobby for their cause. Militancy had also begun, with groups such as Emmeline Pankhurst’s Women’s Social and Political Union starting to adopt more direct action including stone throwing and window breaking.

By 1906 women were beginning to fight their way into professions and into academic life. Elizabeth Garrett Anderson had qualified as a doctor in 1865 after a couple of decades struggle, and in 1876 an act was passed permitting women to enter the medical professions. She went on to train the next generation of female doctors, including own daughter, Louisa Garrett Anderson, who went on to be a militant suffragette. After retirement, she settled in Aldeburgh where she became the first female mayor in England in 1908.

As yet, the Sex Disqualification (Removal) Act 1919 lay in the future. This Act would open other professions, such as law and accountancy, to women. But women were already breaking down the barriers to a scientific career. My own college, Bedford College, University of London, where I read biochemistry, was the first institution in the UK founded for the higher education of women, and appointed the first woman Vice-Chancellor.

Women’s colleges such as Girton at Cambridge and Somerville at Oxford were also opening education to women. The University of London was in 1880 the first English university to award degrees to women. Herta Ayrton attended Girton and London University. Ayrton became an expert in electricity and published her widely acclaimed work The Electric Arc in 1902. In the same year she became the first woman nominated a Fellow of the Royal Society of London, although because she was married she could not be elected to this distinction. In France, Marie Curie made history in 1903 when she became the first woman to receive the Nobel Prize in physics.

Some women over the age of 30 got the vote in 1918, but the struggle continued until equal franchise was won in 1928”

New Dawn is a fitting tribute to the role that women have played in shaping our democracy as well as an inspiration for future generations.

You can find out more about Mary Branson’s New Dawn sculpture here: http://www.marybranson.co.uk/