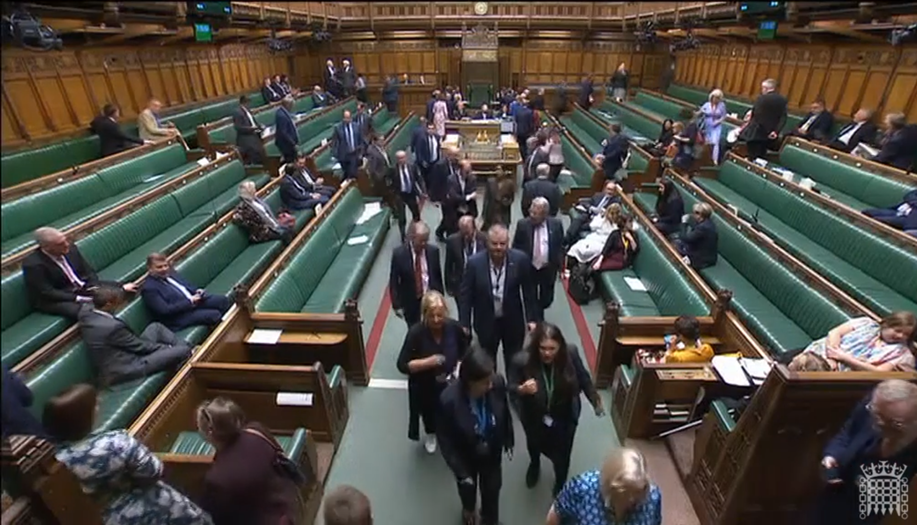 The Northern Ireland Troubles (Legacy and Reconciliation) Bill was considered in a Committee of the Whole House on Wednesday 29 Jun 2022. The committee stage of a Bill allows Members to scrutinise it line-by-line, usually in smaller Committees. A Committee of the Whole House is used for legislation of particular constitutional or ethical significance, and is chaired by the Deputy Speaker from a seat at the Table of the House.

The Bill proposes to end legal proceedings concerning Troubles-related conduct and provide conditional immunity from prosecution for those who cooperate with investigations conducted by a newly established Independent Commission for Reconciliation and Information Recovery.

Amendment 97 would require that if an account given to the Commission by a defendant is found by the Commission not to be true to the best of the defendant’s knowledge and belief, that a prosecution file is submitted to the Public Prosecution Service. This amendment is intended to reduce the risk of claimants deliberately misleading the panel. The bar for immunity is at present set too low. I voted to support the Amendment, which did not pass, Ayes:191 and Noes: 271.

Amendment 98 would prevent the grant of immunity to any person subject to active proceedings who has moved abroad to escape prosecution. I voted to support the Amendment, which did not pass, Ayes: 175 and Noes: 271.