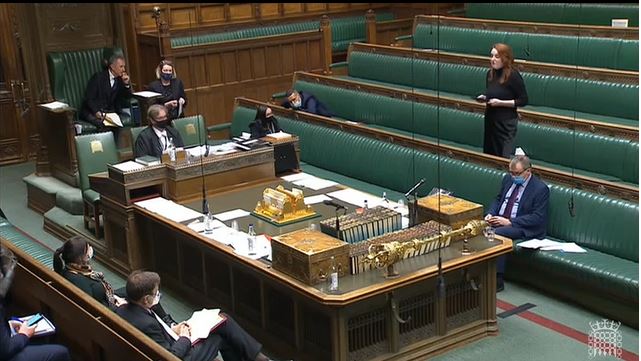 On Monday 10 January 2022 I voted on the Nuclear Energy (Financing) Bill at Third Reading. This Bill aims to change how new nuclear power plants are funded to ensure that they reach completion.

Amendment 1, tabled by the Labour party, aimed to limit the role of companies controlled by a foreign state and operating for investment purposes (such as the China General Nuclear Power Corporation) in funding British nuclear power. I voted in favour of this clause, which was lost: Ayes 204, Noes 316.

Amendment 9, tabled by the SNP, would have obliged the Government to provide more information than is currently provided on cost estimates for nuclear projects, including decommissioning costs. I voted in favour of this clause, which was lost: Ayes 207 and Noes 315.

Amendment 3, tabled by the Labour party, aimed to protect consumers from bearing the cost of overrunning nuclear projects by not allowing such costs to be passed on to consumers. I voted in favour of this clause, which was lost: Ayes 207 and Noes 315.

The Labour party supports nuclear power for the future of Britain as part of our national shift from fossil fuels to sustainable energy. I voted in favour of the Bill, which passed its Third Reading: Ayes 458 and Noes 53.