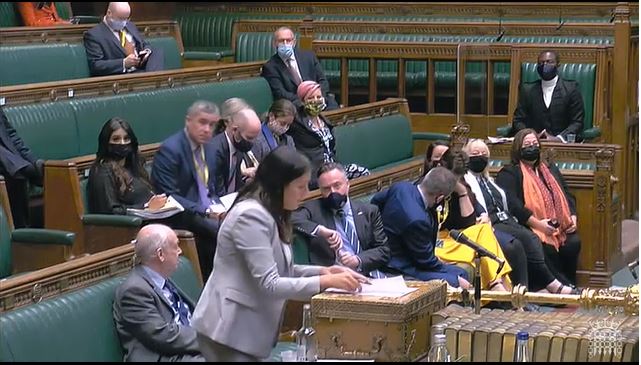 The second Opposition Day Debate was held on Afghanistan. A series of chaotic failures and miscalculations in Afghanistan have damaged our international  reputation, weakened our security and tragically meant Brits and Afghans who worked alongside us have been left behind.

HM Opposition tabled a motion to establish a Joint Committee of Lords and Commons be appointed for the remainder of the current parliamentary session to consider Government policy on Afghanistan from the Doha Agreement in February 2020 to the conclusion of Operation Pitting on 27 August 2021, and to investigate the Government’s contingency planning as the situation deteriorated. The Government voted against this motion and it was defeated by Ayes: 222 – Noes: 292

While we are incredibly grateful for the brave efforts of troops and civil servants on the ground, the catastrophic collapse in Afghanistan has left huge numbers of people stranded in fear for their lives. This has been exacerbated by the failure of planning from Ministers. The Government learn from its mistakes by establishing a Joint Committee so those responsible for these failings can be held to account.