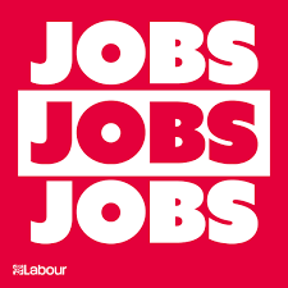 On Wednesday 9 September 2020 HM Opposition held the first of our two Opposition Day Debates, on the protection of jobs and businesses.

We have the worst excess death rate in Europe – now we’re on course for one of the worst recessions too. A downturn was inevitable after lockdown, but the current jobs crisis wasn’t. The Chancellor’s decision to withdraw wage support for jobs and businesses across the economy is making it worse.

Over 4 million workers are still on furlough across the country, yet the Government is planning to end wage support in just a few weeks. Time is running out for the Chancellor to scrap his one-size-fits-all withdrawal of wage support before the October cliff edge he’s created. Businesses, trade unions and even many Tory MPs are all warning that Britain faces a jobs catastrophe if he doesn’t.

HM Opposition tabled a motion which called on the Government to think again and extend income support for jobs and businesses in the hardest-hit sectors. Without this targeted support, sectors vital to the UK’s economic recovery such as highly-skilled manufacturing will suffer.

You can read the motion tabled by HM Opposition in full below:

That this House calls for the government to abandon its one-size-fits-all withdrawal of the Coronavirus Job Retention and Self-Employment Income Support Schemes, and instead offer targeted income support to businesses and self-employed people in those sectors of the economy that have been hardest hit by the virus and are most in need of continuing assistance, and in those areas of the country which have been placed under local restrictions due to rising rates of infection.

Unfortunately, the Government voted against this motion and it was defeated by 327 votes to 249.