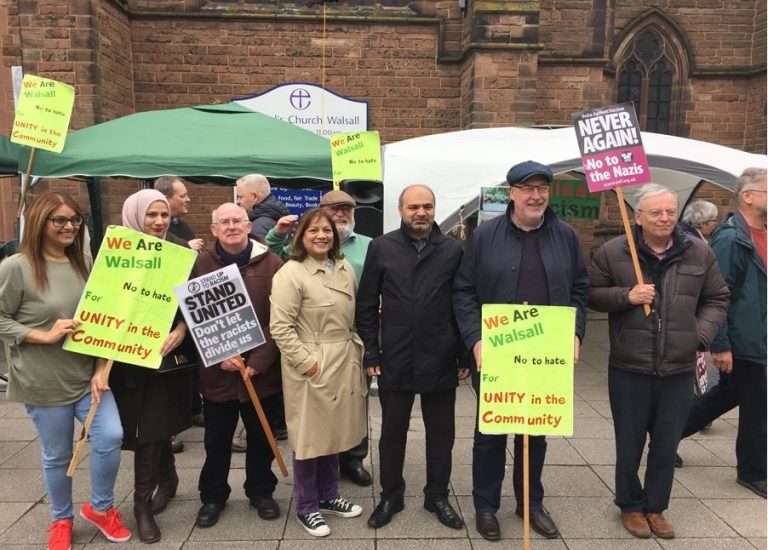 Outside of St Paul’s at the Crossing on Saturday 7 April 2018, a Peace and Unity rally was held to counter a group that were marching in Walsall.

The atmosphere at St Paul’s Square was of a celebration of diversity in Walsall, and people of all ages across Walsall heard speeches and music.

I said it was important to remember that “the arch of the moral universe is long but it bends towards justice”. I also reminded people that on 10 April we would be celebrating 20 years of peace in Ireland and that we must do everything we can to ensure its continuance. We should not allow ourselves to be divided on the basis of the colour of our skin or on our religion. We should all work together for equality and peace.

The event which was hosted by Reverend Mark Kinder promoted peace. Unfortunately, unlike in previous years, it was decided this time that the other group would assemble near to the Peace and Unity rally. This meant that there was a clash when people wanted to speak, and a barrier between the two groups which was erected by St Paul’s, was breached.