HomeNewsPledge of support for the armed forces

Pledge of support for the armed forces 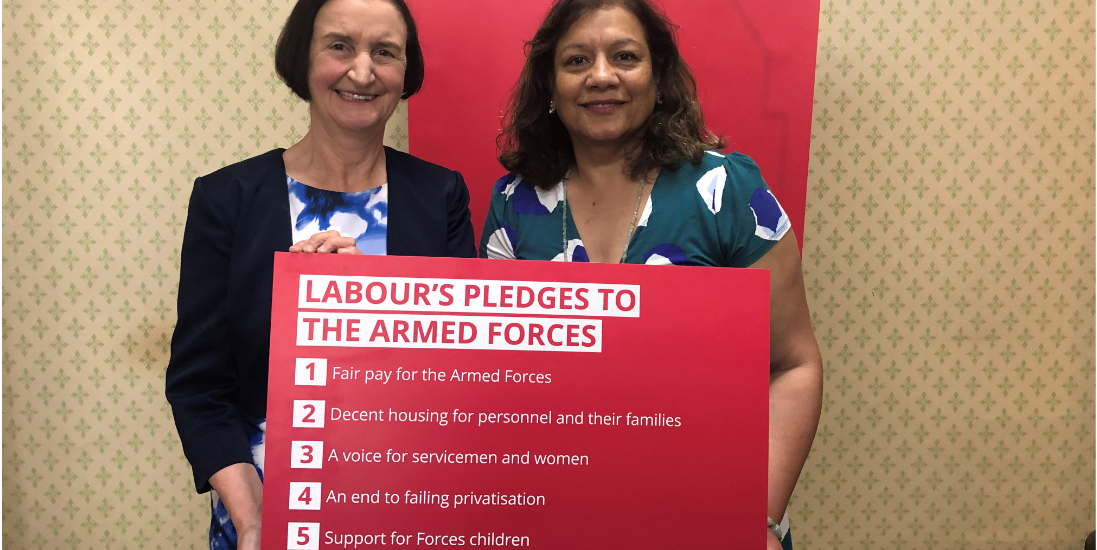 This Armed Forces Day, I pledged support for the servicemen and women who defend our country.

HM Official Opposition Labour Party’s pledges come as new House of Commons Library research shows that after almost a decade of real terms pay cuts forced on our military personnel by the government, a private’s starting salary is £1159 lower in real terms today than in 2010.

The five key pledges announced by HM Opposition to support the forces and their families are:
1. Fair Pay – scrap the public sector pay cap, which has seen a 5.8% real terms pay cut for the starting salary of an Army Private
2. Decent housing for forces and their families – end the growing reliance on the private rented sector
3. A voice for service men and women – consult on creating a representative body, similar to the Police Federation
4. End privatisation – root and branch review of outsourcing and a clear presumption in favour of public delivery of public contracts
5. Support for forces children – better access to schools with dedicated local authorities admissions strategy for the particular challenge of frequent school moves