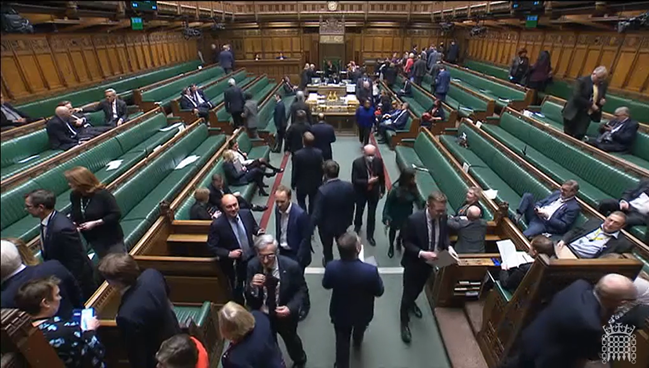 On Monday 28 March 2022 the House received a message from the Lords regarding the Police, Crime, Sentencing and Courts Bill.

Motion to disagree with Lords Amendment 72B, and to propose amendments (a) and (b) in lieu. Lords Amendment 72B would make it an offence to harass or intimidate a person based on hostility to their sex or gender and require the Secretary of State to pass regulations within six months requiring police forces to record data on offences which fall under this section or which the victim reports as being motivated by misogyny. These measures would increase public awareness, improve victims’ confidence in reporting, and enhance the way the police respond to violence against women. The Government’s amendments proposed to replace the Lords Amendment would give the Government 12 months to respond to the Law Commission’s report, which raised concerns about that recognising misogyny in this way may complicate the prosecution of rape and sexual assault. However, the Lords Amendment has already been altered in recognition of those concerns. I voted against the motion, which passed, Ayes:243 and Noes:148.

Motion to disagree with Lords Reason 73B, Amendments 74B to 74G and Reason 87G. These amendments would limit the Government’s attempts to limit peaceful protest on the basis of disruption. The Government is attempting to restrict our fundamental right to protest. I voted against the motion, which passed: Ayes 276, Noes 202.

Motion to disagree with Lords Amendment 80G. This Amendment would accept a definition of “serious disruption” being added to the Bill, but removes from it any mention of noise. Noise is not a precisely-enough defined measure by which to judge disruption. I voted against the motion, which passed: Ayes 278, Noes 202.