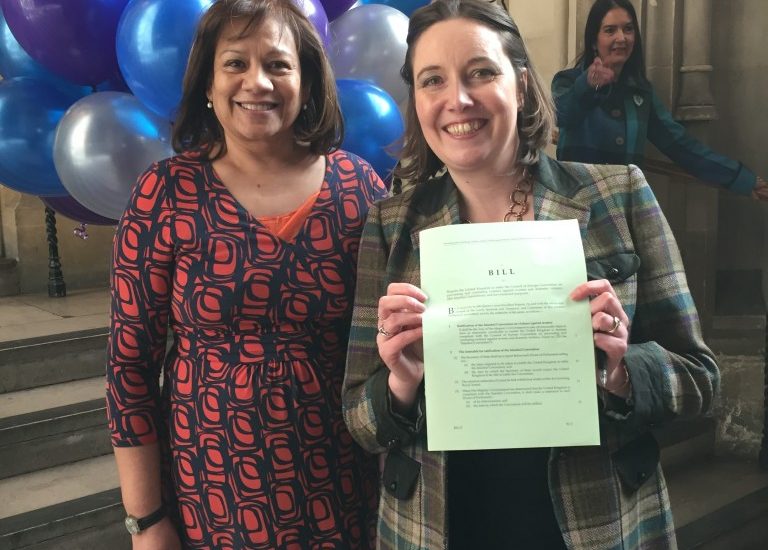 The Bill aims to ensure the Government takes the necessary final steps needed to ratify the Council of Europe Convention on Preventing and Combating Violence Against Women and Domestic Violence, otherwise known as the Istanbul Convention.

The Istanbul Convention is a historic international treaty that requires states to take comprehensive action, set out minimum standards and create legally binding measures to tackle and prevent violence against women and girls.

Since 2010, 17% of specialist refuges in England have closed down. On one typical day, Women’s Aid claim that 155 women and 103 children are turned away from refuges because there was not enough space. The Ratification of the Istanbul Convention into UK law would help to ensure women in the UK have access to vital services and legal protections which they need to live in safety and rebuild their lives.

The Labour Government started negotiations on the Convention in 2008. Although it was signed by the then Coalition Government in June 2012, the current Government has yet to ratify the treaty.

The Government must ratify the Convention.