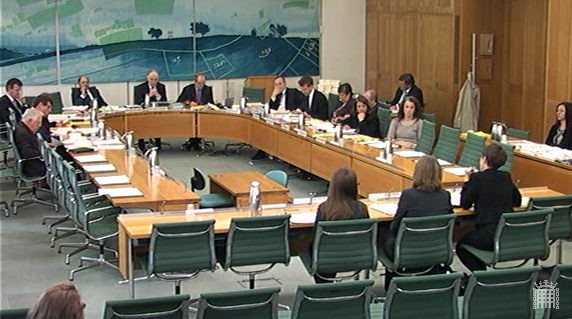 On Thursday 13 March 2014, the committee heard evidence on the judicial review aspects of the Bill.
Valerie said:
“I asked the witnesses their views on the importance of Judicial Review in regard to the rule of law. Martha Spurrier, from the Public law Project, told me that the importance can not be overstated. Ms Spurrier went on to say that judicial review is an important check on the government to act lawfully.”
“When I asked Angela Patrick, Director of Human Rights Policy at Justice, if judges are now getting involved in looking at the merits of the judicial review case, she told me they were and that it is constitutionally improper.”
“Michael Fordham, QC at Blackstone Chambers, told me he has been in favour of streamlining judicial review for 20 years. Mr Fordham told me that judicial review could be streamlined in a way that is consistent with the rule of law but he was concerned that the Bill caps the costs of an an order that would be in the public interest.”
More information about the Public Bill Committee on the Criminal Justice and Courts Bill can be found here:http://services.parliament.uk/bills/2013-14/criminaljusticeandcourts/committees/houseofcommonspublicbillcommitteeonthecriminaljusticeandcourtsbill201314.html