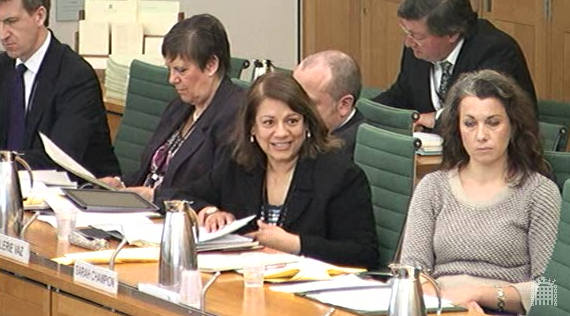 On Thursday 20 March 2014, the committee held a scrutiny session with the with the Parliamentary Under-Secretary of State for Justice.
Valerie said:
“I asked the Minister about the budget the money for secure colleges would come out of and whether the Minister has had discussions with the Department for Education about whether it, too, will provide some of the money. The Minster told me that the education provided in secure colleges will be the responsibility of various different people. As the secure colleges are expected to be operational by 2017, the capital budgets will be spread over more than one year. The Minister said he will write to me with specific details of how the budgetary allocations will break down.”
“I questioned the Minister on the decision to put the institution in Leicestershire when the impact assessment shows that London has the greatest need. He said the Glen Parva site has planning permission and it is on land which the Ministry of Justice already has access. The Minister said that I was right that there is demand in London, but they are considering a large new male prison, with the potential to put a new youth detention facility on the same site.”
More information about the Public Bill Committee on the Criminal Justice and Courts Bill can be found here: http://services.parliament.uk/bills/2013-14/criminaljusticeandcourts/committees/houseofcommonspublicbillcommitteeonthecriminaljusticeandcourtsbill201314.html