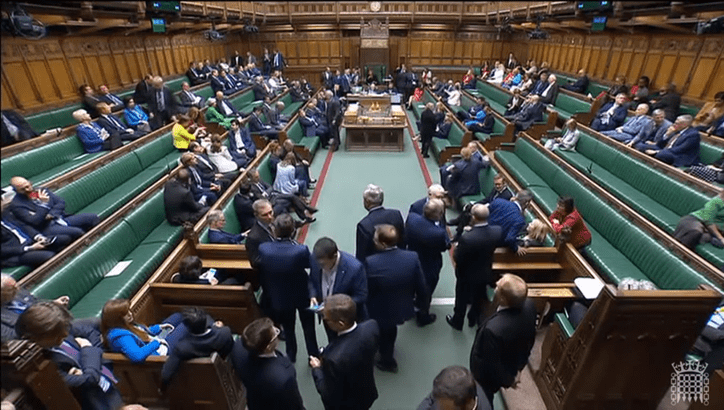 The Public Order Bill would offer new powers for the policing of protests in England and Wales. The Bill received its Second Reading in the House on Monday 23 May 2022.

The new powers would include introducing four new criminal offences related to disruptive protest such as “locking-on”, protesters using chains or other methods to attach themselves to buildings, people or land; being equipped to “lock-on”; obstructing major transport works; and interfering with key national infrastructure. The Bill would extend police stop and search powers for items related to specified protest-related offences, and create Serious Disruption Prevention Orders aimed at people who repeatedly engage in disruptive protest activity.

HM Opposition tabled a Reasoned Amendment to the Bill: “That this House declines to give a Second Reading to the Public Order Bill because, notwithstanding the importance of safeguarding vital national infrastructure alongside the right to protest peacefully, the Bill does not include provisions for cooperation between police, public and private authorities to prevent serious disruption to essential services, includes instead measures that replicate existing powers, includes powers that are too widely drawn and which erode historic freedoms of peaceful protest, ignores the need for effective use of existing powers and does not recognise emergency NHS services as vital national infrastructure.”

An alternative approach is to establish a swifter process for seeking an injunction to prevent disruption to vital national infrastructure would be a more effective prevention tool, which would have the advantage of giving judicial oversight and safeguard rights. I voted to support the Reasoned Amendment, which was not passed, Ayes: 200 and Noes: 292.

Some provisions in the Bill replicate laws already in place: wilful obstruction of the highway, criminal damage, aggravated trespass, public nuisance. Extension of stop and search powers applies an approach used to stop terrorists and violent criminals to peaceful protestors. Through the Police, Crime, Sentencing and Courts Act passed in the last Parliamentary session. the Government curtailed fundamental democratic rights to peaceful protest. Provisions in this Bill would further damage our democratic traditions. I voted against the Bill at Second Reading, which passed, Ayes: 292 and Noes: 202.