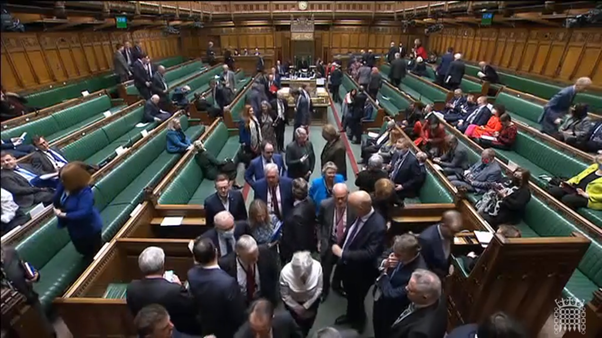 The Public Service Pensions and Judicial Offices Bill seeks to reform pension arrangements for a range of public servants, including teachers, NHS staff, the emergency services, the armed forces and judges.

On Tuesday 22 February 2022 I voted on the Bill at its Report Stage in the House of Commons. The provisions currently in the Bill mean that some pubic servants who had made enough contributions to retire with full benefits under the legacy pension scheme will be transferred to a new pension scheme which requires them to continue to work to access the scheme’s full benefits. The Government has not adequately addressed this ‘pension trap’.

New Clause 8  would require the Government to review how losses arising from the “pension trap” could be compensated, and to report on the review within two months of the passage of the Act. I voted to support the New Clause, which did not pass, Ayes: 198 and Noes: 301.