HomeNewsQueen responds to her birthday celebrations at St. Lawrence’s Church

Queen responds to her birthday celebrations at St. Lawrence’s Church 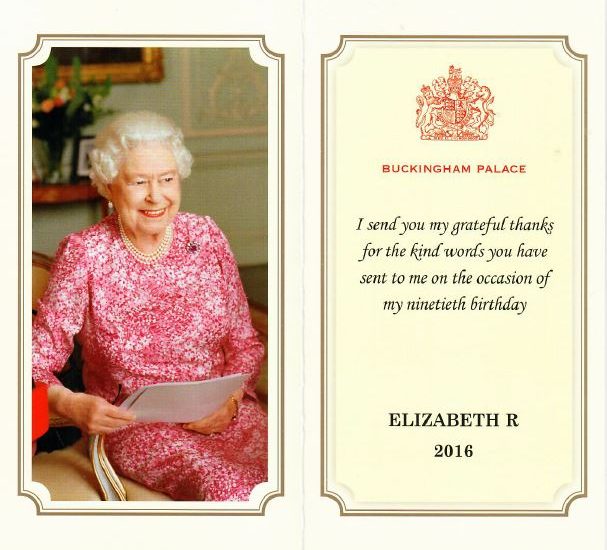 The Revd Liz Jones held a special service for HM Queen Elizabeth to celebrate her 90 Birthday during the weekend of the 11th and 12th of June 2016. Following the Service I wrote to Her Majesty the Queen to let her know of the event. Her Majesty expressing her gratitude for the event said she was deeply moved by the response to her milestone birthday, and was touched to hear that two Services were held to commemorate the occasion.

In my letter to The Queen I also sent her the Order of Service as the Hymns were chosen by Revd Liz Jones as they were know to be the Queen’s favourite hymns. The Queen was also very pleased that copies of the Order of Service of the two Services were enclosed and acknowledged the effort put into the Service.

I was delighted to pass this to the Congregation of St Lawrence Darlaston through the Revd Liz and thanks go to everyone at the Church for marking this special occasion.