HomeNewsReappointment of an Electoral Commissioner

Reappointment of an Electoral Commissioner 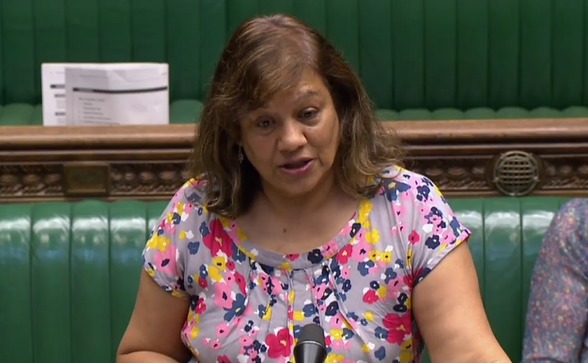 On behalf of HM Official Opposition, I responded to the motion on the reappointment of an Electoral Commissioner on Tuesday 23 July 2019.

I thank the Leader of the House for moving the motion. I thank the Speaker’s Committee on the Electoral Commission for overseeing the procedure for selecting candidates for appointment to the Electoral Commission, and for producing its report, “Re-appointment of an Electoral Commissioner”, which was published on 8 July 2019. I thank Mr Speaker for chairing the committee and I thank the other members: the right hon. Member for Aylesbury (Mr Lidington); the hon. Members for Harwich and North Essex (Sir Bernard Jenkin), for Richmond (Yorks) (Rishi Sunak), for Aberdeen North (Kirsty Blackman) and for Morley and Outwood (Andrea Jenkyns); and my hon. Friends the Members for Ashfield (Gloria De Piero), for Newport East (Jessica Morden) and for Houghton and Sunderland South (Bridget Phillipson).

Rob Vincent CBE has served as an electoral commissioner since 1 January 2016, and his current term of office expires on 31 December 2019. At its meeting on 18 March 2019, the Speaker’s committee considered a letter from the chair of the Electoral Commission, Sir John Holmes, seeking Mr Vincent’s reappointment for a second term. Sir John told the committee that Mr Vincent had consistently achieved the objectives agreed with him since his appointment, and that he had offered valuable contributions to the board’s debates on strategy and resources.

Sir John also noted Mr Vincent’s past experience, which the Leader of the House has outlined, as a returning officer in a local authority, and the practical understanding of that work that he had been able to bring to board meetings. Mr Vincent was chief executive of Kirklees Council between 2004 and 2010, and of Doncaster Council between 2010 and 2011.​

After considering Sir John’s letter, the committee recommended that Mr Vincent be reappointed with effect from 1 January 2020 for the period ending 31 December 2023. The Speaker wrote to the leaders of the qualifying parties on 4 April 2019 on the committee’s recommendation. No objections or concerns were received from Her Majesty’s Official Opposition—the Labour party—or, as I understand it, from other parties, so the Opposition support the motion.