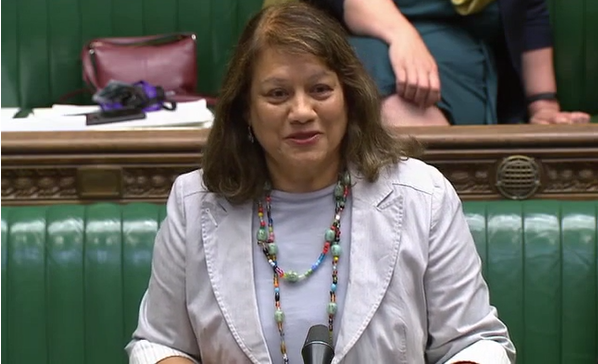 The Parliamentary buildings (Restoration and Renewal) Bill passed its remaining stages in the House of Commons on 19 June 2019.

The Government accepted a number of HM Opposition Labour Party amendments to the Bill at the Report Stage including an amendment to ensure the need to keep the Education Centre and other facilities after the works are completed and an amendment to ensure that external members of the shadow Sponsor Body are appointed as the first external members of the Parliamentary Works Sponsor Body.

The Government was also defeated on two votes. The first vote was on a Labour amendment that ensures that the Delivery Authority consider companies policies on social responsibility, including blacklisting, when allocating contracts. I voted in favour of the motion and the result was : Ayes: 211, Noes: 132.

The second vote was on an SNP amendment which ensures that economic benefits are delivered across the United Kingdom. I voted in favour of the motion and the result was: Ayes: 203, Noes: 117

I spoke at the Third Reading on behalf of HM Opposition in support of the Bill as amended.

The Bill will now go to the House of Lords.

I endorse the Leader of House’s full list of thanks to save the Official Reporters having to record it again. I am pleased to support the Bill, as amended, and I thank the Chairs in Committee—my right hon. Friend the Member for Delyn (David Hanson) and the hon. Member for South West Devon (Sir Gary Streeter)—and the other members of the Committee for debating the Bill on 4 June. I thank my hon. Friend the Member for City of Chester (Christian Matheson) and the Parliamentary Secretary, Cabinet Office, the hon. Member for Torbay (Kevin Foster), for taking the Bill through. I understand that it was quite a pleasant affair— Perhaps I should not have used the word “affair”!

I thank both former Leaders of the House, the right hon. Members for Aylesbury (Mr Lidington) and for South Northamptonshire (Andrea Leadsom), for unlocking the difficulties and allowing the passage of the Bill—particularly the right hon. Lady, who is here in the Chamber.

The House resolved by 234 votes to 185 that immediate steps be taken to establish a shadow Sponsor Board and Delivery Authority. I thank the members of the shadow Sponsor Board, who will hopefully step out of the shadows and become fully fledged members. These bodies will be able to make strategic decisions on the restoration and renewal programme so that the Palace of Westminster can be secured as the UK Parliament for future generations.

On Report, hon. Members touched on the successful London Olympics project, and one of the key things is that the project had an end date, so I suggest that the Leader of the House looks at arranging a proper schedule so that restoration and renewal does not run into never-ending dates for completion. It is important to have a date for completion.

This has not been mentioned but, now Parliament has agreed that there is a climate change emergency, I understand that, within the necessary constraints of ​heritage and conservation planning, the refurbishment will support the energy efficiency of the buildings by using more energy-efficient building fabrics, including, where feasible, in the Palace of Westminster.

I am delighted that the education centre has been accepted and will be in its new place, as it will be a key part of the legacy of the building works. It should be established and remain in place during the works on the Northern Estate and the Queen Elizabeth II conference centre. I know from experience that my constituents love the education centre, and it is important in helping them to understand what democracy is about so that they know exactly what we do in this place. The education centre is a fantastic building, showing the reality of sitting in the Chamber and in the House of Lords, so I thank the Leader of the House.

I heard what the Parliamentary Secretary, Cabinet Office said about the Comptroller and Auditor General, and I hope some sort of oversight can be agreed. The Government mentioned cost and value for money approximately 13 times in their response to the Joint Committee’s report, so it is vital that we all agree that costs should be kept in check, particularly for taxpayers and for Parliament.

My hon. Friend the Member for City of Chester did a grand job of addressing amendment 1 on blacklisting, and I am delighted that the House has accepted that amendment. The Leader of the House will know that the Employment Relations Act 1999 (Blacklists) Regulations 2010 prohibit the compilation, use, sale or supply of trade union blacklists. It is a terrible thing to be on such a blacklist, which destroys lives, and I am pleased that the House has spoken and that it will not be the case, certainly in terms of contracts.

Talking of contracts, one of the key considerations that Opposition colleagues are keen to proceed with in restoration and renewal—the hon. Member for Airdrie and Shotts (Neil Gray) addressed this in amendment 4—is the need to ensure that the economic benefits are available to all countries and regions of the UK, not just London. There used to be something called contract compliance, so contracts can be worded in such a way to include that. We know that some European countries—dare I mention Europe?—are able to benefit their own companies in that way without falling foul of state aid rules. I certainly think that contracts could be worded in such a way as to make those benefits available to the whole country. I know that it has been accepted now, but perhaps the Leader of the House could write to the shadow Sponsor Body to suggest that it looks at that.

Jim Cunningham: Anybody with experience of local government will know that a contract has to include every item. If it does not, there will be a lot of additional costs that were never expected. Does my hon. Friend agree?

Valerie Vaz: Absolutely. I know that my hon. Friend had a very good career as the leader of a local council, so he knows all about it.

Turning to heritage, the hon. Member for East Worthing and Shoreham (Tim Loughton) made a valuable and robust contribution, and I agree with every word he said—I must declare an interest, because my daughter is an archaeologist. This is a unique building and we must ​protect it. I understand the Minister’s point about the distinction of a UNESCO world heritage site, which is slightly different, but it is an historic building. My hon. Friend the Member for Glasgow North East (Mr Sweeney) suggested that we should have a craft school, which is something they do in Scotland. Perhaps Historic England could link up with Historic Environment Scotland and do something somewhere in the middle of the country—

Kevin Foster: In Walsall, perhaps?
Valerie Vaz: Yes, I would love that. We have a great manufacturing tradition and there are many skills.
Mark Tami: Many of the skills that we will need are currently very limited, whether those of stonemasons or people who can work on the thousands of windows in this place. We need to train those people, because those skills are not readily available. We will be importing those skills if we do not train people.
Valerie Vaz: My right hon. Friend makes an important point. For me, having apprentices is a key consideration. It is also a good opportunity to make the workforce more diverse. I do not know whether the Leader of the House is aware of this, but there is a specific company that employs only women builders, decorators, plumbers and electricians. I think that looking at that would be a good way of showing that we are diverse. I would have liked to have seen the heritage aspect included in the Bill, but the Minister has suggested that there will be discussions, particularly in the other place, where there is a lot of expertise on heritage—he might regret that slightly. I am glad that the amendments have been won. Perhaps the Government will consider making them slightly stronger. I know that my hon. Friend the Member for City of Chester will be very happy to work with the Government on any future wording.

Finally, we have a duty to protect this amazing building. I know that lots of hon. Members have worked hard, whether in Bill Committees or through contributions they have made in discussions with House authorities, including the Minister. It affects all of us. We might not be here when the building is finally restored to its glory and is in its best condition, but we do this for future generations. Her Majesty’s Opposition are absolutely delighted to support the Bill as amended.