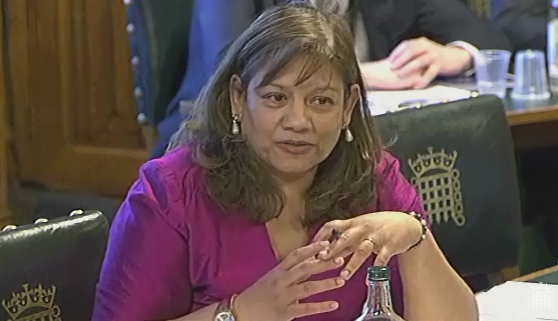 On Tuesday 23 April 2013, the Health Select Committee, of which Valerie is a member, heard evidence from the Secretary of State for Health on the Government’s response to the Francis Report.
Valerie said:
“It was important to ask about the cirumstances surrounding the suspension of children’s heart surgery at Leeds Hospital. I asked the Secretary of State to clarify the timeline of when the information about Childrens heart surgery mortality rates was received by Sir Bruce Keogh and when he himself had been told. It is extraordinary that he did not know the exact dates of when this information was provided. However I pressed him to provide the Committee with this information and to publish it on the Department of Health Website.”
“I referred Mr Hunt to the confusion surrounding the accuracy of the mortality data and asked whether Sir Bruce checked this with the hospital immediately. He confirmed that Sir Bruce made the decision to suspend heart surgeries temporarily on the facts he had at the time, before the data was fully verified.”
“Turning to the office of the Chief Inspector, he confirmed that this was not a recommendation from either the Francis Report or the Select Committee.”
“I asked him about how this would work and where the finance for the posts would come from. It seems the CQC would have to find this out of their Budget, but he did not know how much this would be. ”
“In their initial repsonse the Government referred to ‘pay linked to quality of care delivered rather than time served’. So I asked if this was performance related pay, how and who would assess it. There was no definitive answer.
The full recording of the Health Select Committee session with the Secretary of State for Health can be found here: http://www.parliamentlive.tv/Main/Player.aspx?meetingId=13027&player=silverlight