I was a member of the panel at a Sixth Form Question Time in St Margaret’s Church on Wednesday 17 October 2018. Schools from across the country took part.

Some of the questions asked were: 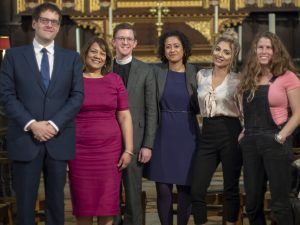