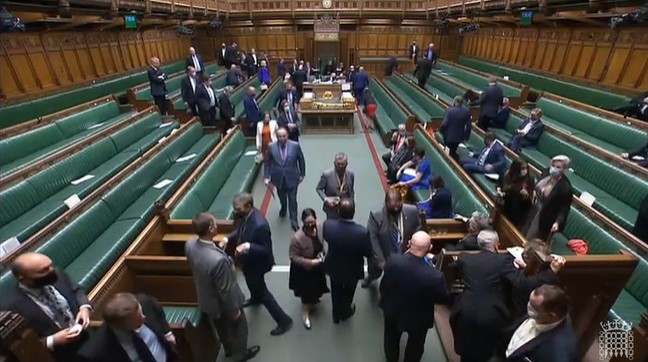 The SNP used their Opposition Day debate on Tuesday 30 November 2021 on a motion on the behaviour of the Prime Minister, the Rt Hon Member for Uxbridge and South Ruislip. The motion was moved by Ian Blackford MP. You can read the words of the motion here:

That this House censures the Prime Minister, the Right Honourable Member for Uxbridge and South Ruislip, for frequently violating the sixth Principle of Public Life, for seeking to undermine the recommendations of the Standards Committee on Owen Paterson, for regularly ignoring independent advice on matters such as international treaties and breaches of the Ministerial Code by his ministers, for putting forward proposals to diminish the powers of the Electoral Commission, for ignoring independent advice concerning the granting of peerages to Conservative party donors and nominations to public bodies such as Ofcom; and further calls for his ministerial salary to be reduced by £41,567 per year.