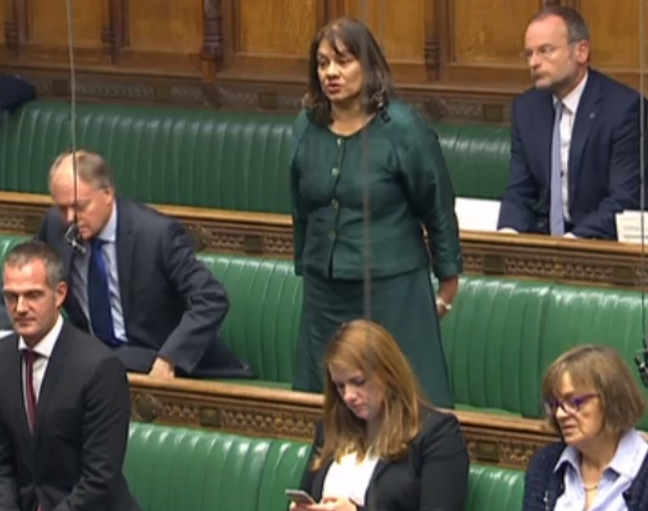 On 8 September 2015, I asked the Home Secretary a question following a statement on the Migrantion Crisis.

I asked the Home Secretary: “Rather than raid the DFID budget, could we consider using the seized Syrian assets, both in the region and for cash-strapped councils?”

The Home Secretary responded: “The Government take the view that the Syrian assets are the assets of the people of Syria and that they should decide how they are used. I recognise that the hon. Lady is suggesting that we use them on behalf of the people of Syria, but it is not necessarily appropriate to take money from those assets, which will be needed in the future when Syria has to be rebuilt.”