HomeNewsStatement on Motion to support the Iraqi Government 26 September 2014

Statement on Motion to support the Iraqi Government 26 September 2014 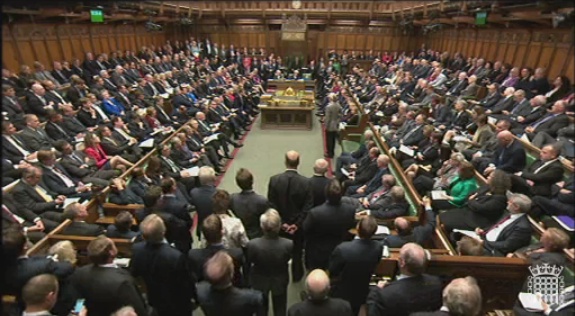 On Friday 26 September 2014 Parliament was recalled to debate the Government’s proposal for UK air strikes to provide military support to the Government of Iraq.
Valerie said:
“ISIL are a brutal, murderous regime whose campaign of atrocities against people of all religions and nationalities has shocked us all. This is a threat that cannot be ignored because of their barbaric actions and because their inherent expansionist ideology represents a real threat not just to the region but to global security. Following a request from the Iraqui Prime Minister, it is right that the UK now joins other nations in air strikes against ISIL extremists in Iraq. We must learn the lessons of the 2003 Iraq war.

My support is qualified and based on the following criteria: that proposed military action is a last resort, it is proportional; has a reasonable prospect of success; a legal base; broad regional support and is a just cause.
It is never an easy decision to put our Armed Forces into theatre. We are grateful to them and their families for their service to their country. Military action alone will not defeat ISIL. That’s why the International community’s current military response to the threat that ISIL pose is just one element of a long-term multinational political strategy on the region. In particular, providing ongoing support for an inclusive, sovereign and democratic Iraqui government that can push back on ISIL advances and restore stability and security.”

The full text of the Motion on Iraq: Coalition Against ISIL:
“That this House condemns the barbaric acts of ISIL against the peoples of Iraq including the Sunni, Shia, Kurds, Christians and Yazidi and the humanitarian crisis this is causing; recognizes the clear threat ISIL pose to the territorial integrity of Iraq and the request from the Government of Iraq for military support from the international community and the specific request to the UK Government for such support; further recognizes the threat ISIL poses to wider international security and the UK directly through its sponsorship of terrorist attacks and its murder of a British hostage; acknowledges the broad coalition contributing to military support of the Government of Iraq, including countries throughout the Middle East; further acknowledges the request of the Government of Iraq for international support to defend itself against the threat ISIL poses to Iraq and its citizens, and the clear legal basis that this provides for action in Iraq; notes that this motion does not endorse UK air strikes in Syria as part of this campaign and any proposal to do so would be subject to a separate vote in Parliament; accordingly supports Her Majesty’s Government, working with allies, in supporting the Government of Iraq in protecting civilians and restoring its territorial integrity, including the use of UK air strikes to support Iraqi, including Kurdish, security forces’ efforts against ISIL in Iraq; notes that Her Majesty’s Government will not deploy UK troops in ground combat operations; offers its wholehearted support to the men and women of Her Majesty’s armed forces.”