HomeNewsStatement on the Welfare Reform and Work Bill

Statement on the Welfare Reform and Work Bill 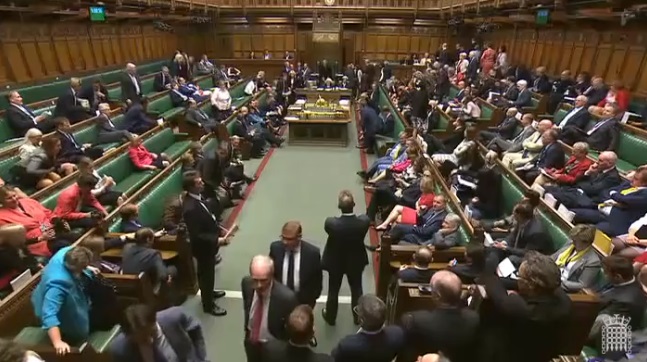 On Monday 20 July 2015 I voted against the Welfare Reform and Work Bill by voting for Her Majesty’s Opposition Labour Party’s Reasoned Amendment. This is a Parliamentary device which enables MPs to vote against a Bill when there are elements of that Bill which we do not wish to oppose. The Reasoned Amendment was necessary as the Government had used the political tactic of including provisions in the Bill which Labour strongly supports with provisions Labour strongly opposes.

Elements of the Bill which Labour supports include a commitment to three million more apprenticeships, measures to cut council and social housing rents and extra support for troubled families. Had I simply voted against the Bill at its Second Reading, I would have been voting against these provisions.

However, there are other elements of the Bill that Labour strongly opposes. These include the abolition of child poverty targets and cuts to support for sick and disabled people who are not fit for work, including those with cancer or Parkinson’s disease.

I must also clarify that the Bill does not relate to Tax Credits. The Government’s proposals regarding Tax Credits will be included in Statutory Instruments in the Autumn and Labour will oppose them.

The Bill has a number of stages to complete in Parliament before it is passed into law: Committee Stage, Report Stage and its Third Reading. At Committee and Report Stage each clause of the Bill will be subject to detailed scrutiny. Labour has already tabled extensive amendments to the Bill at Committee Stage. These include:

• An amendment to prevent the Government abolishing the targets for reducing child poverty.

• An amendment which will mean that the household benefit cap would not apply to persons who are responsible for a child under 2 years old, are a carer, or are in temporary accommodation because of domestic violence.

• A new clause which will require the Secretary of State to report each year on the impact of the household benefit cap, particularly on child poverty.

• An amendment which will require the level of the household benefit cap to be reviewed every year, rather than only once in a Parliament. The review would be based on the new clause above requiring the impact of the benefit cap on child poverty to be assessed each year.

• An amendment which will set the target of full employment as 80 per cent of the working age population – in line with the Labour Government’s definition and recent research which shows that this would be an ambitious target. The Bill includes a process for reviewing progress towards ‘full employment’, but does not define what is meant by that.

• An amendment which will require the resources which are being dedicated to helping troubled families to be clearly set out.

• An amendment which will ensure that interventions to support troubled families are focused on helping people into work.

• An amendment to prevent the Bill restricting Universal Credit for three or subsequent children even when the third child is born before 5 April 2017.

• A new clause preventing the restrictions to tax credits applying to three or more children where a third child is born as a result of a multiple birth, where a third of subsequent child is fostered or adopted, where a third child or subsequent child is disabled, or where a family with three or more children moves onto tax credits or universal credit in exceptional circumstances – including but not restricted to the death of one member of the family, the departure of one parent or loss of income through unemployment – which would be set out by the Social Security Advisory Committee. It also sets up an appeals process for all cases covered by this clause.

• An amendment preventing cuts in the Employment and Support Allowance (ESA) for the WRAG group of around £30 a week. People who are in the WRAG group have been through a rigorous test which has deemed them not fit for work, for example because they have Parkinson’s or are being treated for cancer.

• An amendment requiring the Government to produce a plan to offset the impact of lower social rents on housing associations. Labour supports the reduction in social housing rents, which will help low-income families and bring down the housing benefits bill. However, we must protect against impacts on the ability of housing associations to build new affordable homes and maintain their existing properties.

• An amendment which subjects the four-year benefit freeze to an annual review subject to changes in inflation.

The Reasoned Amendment was voted down by 308 votes to 208 votes.

Further information on the Welfare Reform and Work Bill 2015-16 is available on the Parliament website here.