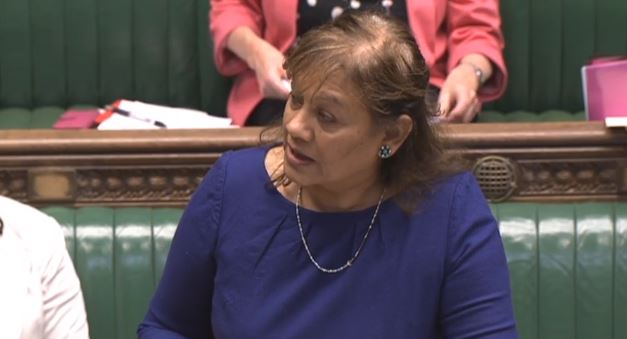 I thank the Leader of the House for her statement and for letting me have sight of it, albeit late last night.
As the Leader of the House indicated, the working group has met. There are many issues to deal with, but we hope to have an outcome before the House rises for Christmas. The Labour party is working with all other parties to ensure that there is a robust process that everyone is signed up to, and that there will be due process. The shadow Minister for Women and Equalities is working hard to include everyone and is having many conversations too. We should also note that complaints are sub judice while they are going through the system and that nothing should be done to compromise further action, should it need to be taken. The process should also cover everyone who works on the estate, including contractors—it should form part of their contracts in the tendering process—and those seconded for a year from universities.
I want to mention a few steps that could be taken immediately. The Respect policy, on which House staff have worked for a long time and to which many have signed up, should be rolled out immediately to everyone working on the estate. We should respect the fact that people have taken a long time to refine the policy. Sometimes Members need a point of contact, but complainants and those complained about need professional advice, and complaints need to be reported immediately, so I am pleased to hear from the Leader of the House that the helpline has been rolled out to everyone working on the estate.
We should immediately put in place an independent specialist sexual abuse adviser, as the Leader of the Opposition has called for. That might be a matter for the Commission or the Government, but either way that clearly could be put in place now. I also suggest that the working party has a website and a point of contact so that anyone can make a contribution, including anonymously. Education and training could start now.
All parties’ procedures have been looked at, refined and improved, and the Labour party will continue to look at its procedures. The Leader of the Opposition has made our position clear in a letter to the Prime Minister. I will read it out now, just in case she has not received it, as she mentioned at yesterday’s Prime Minister’s Question Time that she might not have received some correspondence:
“In the case of the Labour party, these procedures and safeguards were strengthened by our national executive committee in July. We are now appointing an independent external organisation for reporting complaints and to guide and support anyone affected by sexual harassment through the party’s procedures. We have also appointed an independent legal expert, who will make recommendations as to how those procedures could be further strengthened. We have communicated these procedures to the party at every level in the week.”
I know that other political parties are also working on their policies.
We all want a robust process that has the confidence of everyone, but only when it is tested will we know whether it is robust enough so that everyone can work safely in this amazing place for the good of our constituents and the country.