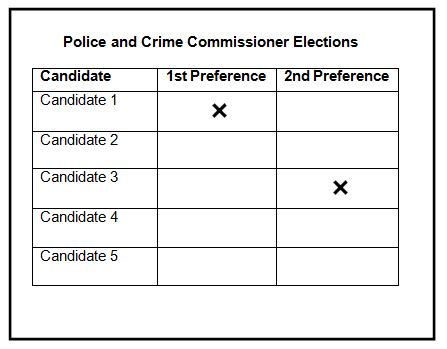 The elections for the position of Police and Crime Commissioner for the West Midlands Police Area take place on Thursday 15 November 2012. This will be the first time that the Supplementary Vote (SV) system has been used for an election in the West Midlands.

Please click here to see a list of all the candidates standing for the position of Police and Crime Commissioner in the West Midlands.

Please click here for a guide from the Electoral Commission on the Supplementary Voting System.