The Supreme Court judgement on Article 50 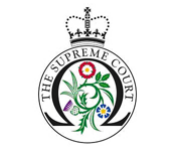 BACKGROUND TO THE APPEALS

Article 50 of the Treaty on the European Union provides, in summary terms, that, if a member state decides to withdraw from the European Union (“the EU”) ‘in accordance with its own constitutional requirements’, it should serve a notice of that intention (“a Notice”), and that the treaties which govern the EU (“the EU Treaties”) “shall cease to apply” to that member state within two years thereafter. Following the June 2016 referendum, the Government proposes to use its prerogative powers to withdraw from the EU by serving a Notice withdrawing the UK from the EU Treaties.

The principal issue in these appeals is whether such a Notice can, under the UK’s constitutional arrangements, lawfully be given by Government ministers without prior authorisation by an Act of Parliament. References from Northern Ireland, and interventions by the Lord Advocate for the Scottish Government and the Counsel General for Wales for the Welsh Government, raise the additional issues of whether the terms on which powers have been statutorily devolved require consultation with or the agreement of the devolved legislatures before Notice is served, or otherwise operate to restrict the Government’s power to do so (‘the devolution issues’).

The UK’s constitutional requirements are a matter of domestic law which the parties all agree should be determined by UK judges. The issues in these proceedings have nothing to do with political issues such as the merits of the decision to withdraw, the timetable and terms of so doing, or the details of any future relationship between the UK and the EU.

The claimants submit that, owing to the well-established rule that prerogative powers may not extend to acts which result in a change to UK domestic law, and withdrawal from the EU Treaties would change domestic law, the Government cannot serve a Notice unless first authorised to do so by an Act of Parliament. Resolution of this dispute depends on the proper interpretation of the European Communities Act 1972 (‘the ECA’), which gave domestic effect to the UK’s obligations under the then existing EU Treaties, together with subsequent statutes, which gave effect to and related to later EU Treaties, and the European Union Referendum Act 2015.

The Supreme Court by a majority of 8 to 3 dismisses the Secretary of State’s appeal (Lord Neuberger, Lady Hale, Lord Mance, Lord Kerr, Lord Clarke, Lord Wilson, Lord Sumption and Lord Hodge in the majority with Lord Reed, Lord Carnwath and Lord Hughes dissenting). In a joint judgment of the majority, the Supreme Court holds that an Act of Parliament is required to authorise ministers to give Notice of the decision of the UK to withdraw from the European Union. Each of the dissenting justices gives a separate judgment.

On the devolution issues, the court unanimously concludes that neither section 1 nor section 75 of the NIA is of assistance in this case, and that the Sewel Convention does not give rise to a legally enforceable obligation.

REASONS FOR THE JUDGMENT

The Supreme Court considers that the terms of the ECA, which gave effect to the UK’s membership of the EU, are inconsistent with the exercise by ministers of any power to withdraw from the EU Treaties without authorisation by a prior Act of Parliament

– Section 2 of the ECA authorises a dynamic process by which EU law becomes a source of UK law and takes precedence over all domestic sources of UK law, including statutes [60]. So long as the ECA remains in force its effect is to constitute EU law as an independent and overriding source of domestic law [65]. It operates as a partial transfer of law-making powers, an assignment of legislative competences, by Parliament to EU institutions, unless and until Parliament decides otherwise [67-68].

– It is common ground that UK domestic law will change as a result of the UK ceasing to be party to the EU treaties and the rights enjoyed by UK residents granted through EU law will be affected [69].

– The Government argues that the 1972 Act does not exclude the power for ministers to withdraw from the EU Treaties, and that section 2 of the Act actually caters for the exercise of such a power as it gives effect to EU law only so long as the power of withdrawal is not exercised [75]. However, there is a vital difference between variations in UK law resulting from changes in EU law, and variations in UK law resulting from withdrawal from the EU Treaties. Withdrawal makes a fundamental change to the UK’s constitutional arrangements, by cutting off the source of EU law, [78-80]. Such a fundamental change will be the inevitable effect of a Notice being served [81]. The UK constitution requires such changes to be effected by Parliamentary legislation [82].

– The fact that withdrawal from the EU would remove some existing domestic rights of UK residents also renders it impermissible for the Government to withdraw from the EU Treaties without prior Parliamentary authority [83].

– It would have been open to Parliament when enacting the ECA to authorise ministers to withdraw from the EU Treaties, but clear words would have been required; not only are there no such clear words, but the provisions of the ECA indicate that ministers do not have such power [87, 88]. Withdrawal is not authorised by section 2, which envisages ministers taking part in the EU law-making processes: withdrawing from the EU is doing the opposite [95].

– The fact that ministers are accountable to Parliament for their actions is no answer constitutionally, if the power to act does not exist in the first place and where (as the court has been asked to assume) the exercise of the power would be irrevocable and pre-empt any Parliamentary action [92].

– Subsequent EU-related legislation and events after 1972, including the introduction of Parliamentary controls in relation to decisions made by UK ministers at EU level relating to the competences of the EU or its decision-making processes, but not to the giving of notice under Article 50(2), are entirely consistent with an assumption by Parliament that no power existed to withdraw from the treaties without a statute authorising that course [111].

– The 2016 referendum is of great political significance. However, its legal significance is determined by what Parliament included in the statute authorising it, and that statute simply provided for the referendum to be held without specifying the consequences. The change in the law required to implement the referendum’s outcome must be made in the only way permitted by the UK constitution, namely by legislation. The Government accepts that the resolution of the House of Commons on 7 December 2016 calling on ministers to give notice under Article 50 by 31 March 2017 is a political act which does not affect the issues arising in the appeals [116-124].

– Lord Reed, with whom Lord Carnwath and Lord Hughes agree, considers that the effect which Parliament has given to EU law under the ECA is inherently conditional on the application of the EU
treaties to the UK and therefore on the UK’s membership of the EU. The ECA does not impose any requirement or manifest any intention in respect of the UK’s membership of the EU. It does not therefore affect the Crown’s exercise of prerogative powers in respect of UK membership [177].

– Lord Carnwath observes that service of notice under Article 50(2) will not itself change any laws or affect any rights but is merely the start of an essentially political process of negotiating and decision making within the framework of that article. The Government will be accountable to Parliament for those negotiations and the process cannot be completed without the enactment by Parliament of primary legislation in some form [259].

– The devolution Acts were passed by Parliament on the assumption that the UK would be a member of the EU, but they do not require the UK to remain a member. Relations with the EU and other foreign affairs matters are reserved to UK Government and parliament, not to the devolved institutions. Withdrawal from the EU will alter the competence of the devolved institutions, and remove the responsibilities to comply with EU law. [129-130].

– In view of the decision of the majority of the Justices that primary legislation is required for the UK to withdraw from the EU, it is not necessary for the court to decide if the NIA imposes a discrete requirement for such legislation [132].

– The decision to withdraw from the EU is not a function carried out by the Secretary of State for Northern Ireland in relation to Northern Ireland within the meaning of section 75 NIA. Moreover, section 1 NIA, which gave the people of Northern Ireland the right to determine whether to remain part of the UK or to become part of a united Ireland, does not regulate any other change in the constitutional status of Northern Ireland [133-135].

– As to the application of the Sewel Convention to the decision to withdraw from the EU given the effect on the devolved competences, the Convention operates as a political constraint on the activity of the UK Parliament. It therefore plays an important role in the operation of the UK constitution. But the policing of its scope and operation is not within the constitutional remit of the courts. The devolved legislatures do not have a veto on the UK’s decision to withdraw from the EU [136-151].