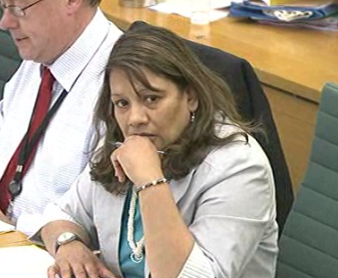 Valerie said:
“I asked Sir David Nicholson about a review of NHS strategy he announced in an interview to the Health Service Journal. I was concenred that he did not announce this to MPs. I asked how much the costs were and he confirmed it was £3million over 3 years. ”

“I asked the |Secretary of State how many Reviews were takng currently taking place. Jeremy Hunt about the forthcoming Department of Health reviews. It seems there are reviews following Robert Francis’ Report on the Mid Staffordshire Foundation Trust. A full Government response to the Francis Report wil be made by the end of this year. There will be the Don Berwick report on patient safety which will look at the Duty of Candour and will report next month. Camilla Cavendish is producing a report on the training of Healthcare Assistants and Ann Clwyd MP and Professor Trisha Hart will be reporting on NHS complaints. These reports should be ready by the time Parliament sits in September.
Additionally the Department of Health is undertaking a review called the ‘Vulnerable Older People’s Plan’ which will be published in autumn. This will look at urgent and emergency care, primary care and social care and integration.”

“I asked Mr Hunt what he intended to do about training more doctors in shortage areas particulalry in A and E. In Health Questions on 21 May 2013, Mr Hunt told me that he ‘intend[ed] to address A and E departments’ recruitment issues’. This issue requires urgent action and none was outlined.