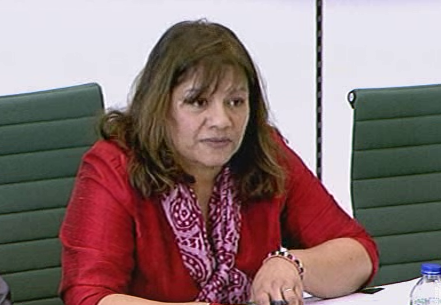 On Tuesday 5 March 2013, the Health Select Committee of which Valerie Vaz MP, Walsall South, is a member heard evidence from Sir David Nicholson the Chief Executive of the NHS and the NHS Commissioning Board. This session was a continuation of the Select Committee’s inquiry into the Francis Report on the failings at the Mid Staffordshire NHS Trust.
Valerie Vaz MP said:
“I asked Sir David about the problems at the three strategic health authorities he was in charge of and what he did about them. It is extraordinary that he was not aware of, in particular, the high mortality rates in the hospitals that he oversaw. He said he was not made aware of the mortality rates until he was made Chief Executive of the NHS in 2006. However these figures have been made available by Dr Forster since 2001.”
“I referred Sir David to his witness statement to the Francis Inquiry. He said that he only visited Mid Staffordshire Hospital once during this time even though he knew about the problems.”
“In his statement, I could not find anything about patient care. Sir David said that during that time, ‘patients were not the centre of the way the system operated, for a whole variety of reasons’.”
“In relation to gagging clauses which prevents members of the staff speaking out about poor patient care, I asked ‘if there are any gagging clauses for members of staff, members of the NHS, who are the subject of gagging clauses, do they write to you?’ He replied that they should write to him if the have clauses that ‘stops them talking about patient safety’.”
“There is a mangers’ code of conduct within the NHS which states that patients should be put first. Sir David agreed that patients had not been put first in this instance.”
The full recording of the Health Select Committee session with Sir David Nicholson can be found here: http://www.parliamentlive.tv/Main/Player.aspx?meetingId=12729

The Report of the Mid Staffordshire NHS Foundation Trust Public Inquiry by Robert Francis QC can be found here: http://www.midstaffspublicinquiry.com/report