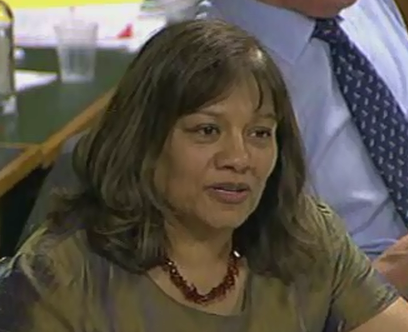 The Health Select Committee of which Valerie is a member heard evidence from the Department of Health as part of their post-legislative scrutiny of the Mental Health Act 2007 on 12 March 2013.
Valerie said:
“Section 135 and 136, the Mental Health Act 2007, allows a constable to remove a mentally disordered person to a place of safety for their protection or for the protection of others for a 72 hour period. Since 2007 there has been an increase in the number of hospital-based places of safety, from one-third to two-thirds. The majority of the remaining places are taken to a place of safety within a police station. I was told by the Department of health witnesses that this should only be done in exceptional cases. The evidence presented showed that the police are still detaining a number of people under section 136.”
“I asked if this was a public order issue. The Department did not know the answer but said that the NHS and the police are working together to understand what good practice is, so it can be followed in more cases.”
“I asked about the detention of children. The response was that over 300 children under the age of 18 are detained each year. The Department was not clear if all of these cases were mental health issues. I was told the Royal College of Psychiatrists are about to bring out guidelines of ‘what good looks like’ for the treatment of someone who is under 18.
“I noted that the Department of Health no longer publish case law on mental health cases, although they have in the past. Instead they now have a code of practice, but there is no scheduled update for this and it was last updated in 2008. This must be put right. ”
The Department of Health’s Code of Practice on Mental Health Act 1983 can be found here: http://www.dh.gov.uk/en/Publicationsandstatistics/Publications/PublicationsPolicyAndGuidance/DH_084597