The Princess Royal Unveils the Memorial to Noor Inayat Khan 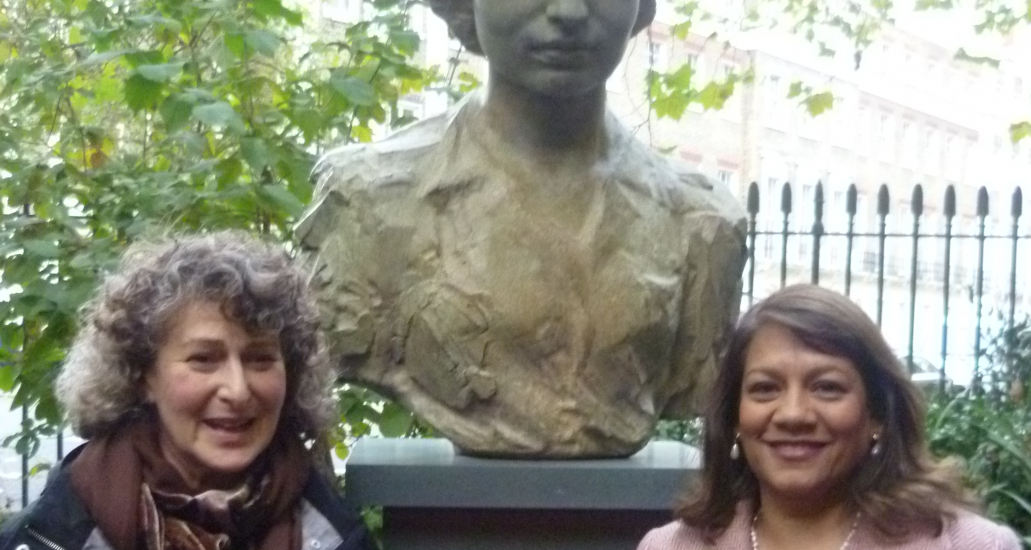 “The beautiful sculpture of Noor by Karen Newman delighted the guests. It was well received. It is right that she has now been honoured and recognised for her extraordinary bravery during the Second World War. Noor was one of only three female operatives in Winston Churchill’s Special Operations Executive. She worked as a radio operator in occupied France in 1943 and was eventually captured and tortured by that Nazis. Despite this she remained silent until her execution at the age of 30 where her final words were ‘Liberté’ .”

“ I was involved in this project when I first was elected in 2010 when I signed Sharabani Basu’s petition. I tabled Early Day Motion 109 in 2010 which received cross party support. I then wrote to the Vice-Chancellor at the University of London, of which I am an alumna, to request permission for a commemorative memorial to be placed in Gordon Square near to Noor’s London home. Vice-Chancellor Graeme Davies agreed and after his retirement Vice-Chancellor Geoffrey Crossick honoured that committment. I would like to thank all the Vice Chancellors including the current, Sir Adrian Smith, for agreeing to my request to place the memorial on the University of London’s land.”

“ The Memorial Trust of Noor Inayat Khan did a fantastic job fundraising and holding various events to realise this project. In particular we must all thank the Sculptor Karen Newman who produced a memorial that dominates a corner of the garden where Noor herself would come to during her time in London.”

“Noor’s incredible and self-sacrificing story is told in two books, Madeleine by Jean Overton Fuller and Spy Princess by Shrabani Basu. I hope on this remembrance weekend the memorial in Gordon Square will serve as a constant reminder to what Noor, as well as so many others, did to preserve the freedom we all have today.”