HomeNewsTribute to Lord Martin of Springburn

Tribute to Lord Martin of Springburn 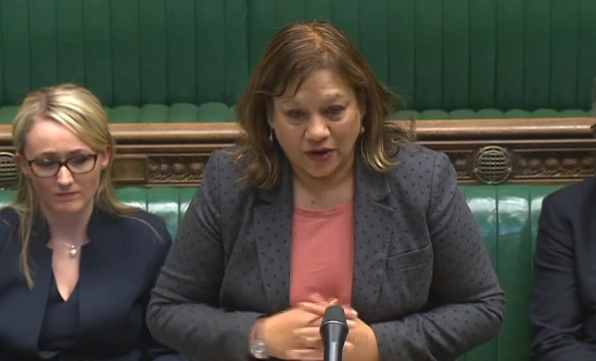 As Shadow Leader of the House of Commons, I gave a tribute to Lord Martin of Springburn on 1 May 2018. You can read my speech below:

On behalf of the Opposition, I thank you, Mr Speaker, for your kind words, and the Leader of the House for hers, in leading the tributes to Lord Martin of Springburn. Like her, I was not a Member when he was the Speaker of the House. Every Speaker has their own style and is a Speaker of their time, and he had to contend with some challenges. But we can remember the fact that he left school without qualifications at 15, and from a poverty-stricken background he ended up as the first Catholic Speaker, in one of the most senior posts in public life.

Michael Martin worked as a sheet metal worker at Rolls Royce, and then as a full-time organiser for the National Union of Public Employees—NUPE. There he met another union organiser who ended up as Leader of the Opposition. He entered Parliament in 1979 for Glasgow Springburn and then for Glasgow North East, serving this place for 30 years. He was a member of numerous Committees and he clearly knew how this place worked. When elected Speaker, he sat in the chair without tights—as you said, Mr Speaker—a practice for Speakers he abolished. He started his tenure by holding a press conference—a very progressive move. He also served in the other place from 2009—nearly 40 years of public service.

You mentioned Michael’s kindness: a Member told me how anyone from a working-class background was always shown support so that they did not feel out of place in Parliament. A member of staff, who was also from a Glasgow housing estate, told me how Michael wrote to her mother saying how proud she should be of her daughter’s contribution in Parliament.

To Michael’s wife Mary, his son Paul, his daughter Mary Ann and his family, we send our condolences at this difficult time. Lord Martin was a politician, trade unionist and public servant, who was born on 3 July 1945 and died at the age of 72 on 29 April 2018. We salute his journey from poverty to the Speaker’s chair, from Anderston to Westminster. May he rest in peace.