HomeNewsTributes to the Serjeant at Arms

Tributes to the Serjeant at Arms 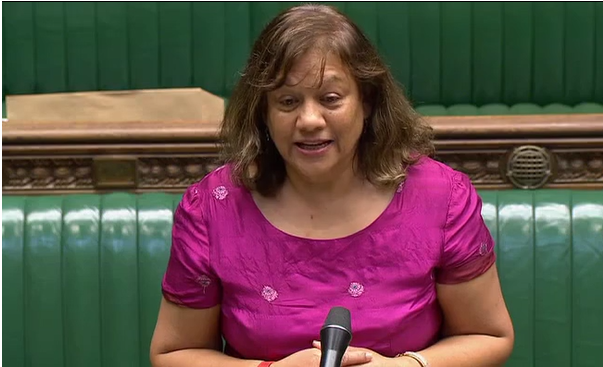 On 23 July 2019 the House paid tribute to the outgoing Serjeant at Arms, Kamal El-Hajji, who retired last week after a distinguished 12-year career in public service.

The Serjeant at Arms is responsible for keeping order in the Commons areas of the Parliamentary estate. The role also involves some ceremonial duties. Kamal is the first person from a BAME background to hold one of the most prestigious posts in UK public life.

On behalf of HM Official Opposition, I wished Kamal and his family good health and happiness for the future.

I thank the Leader of the House for moving the motion paying tribute to Kamal El-Hajji.

The office of Serjeant at Arms dates back to 1415 or, as Morecambe and Wise would have it, quarter past 2. Kamal El-Hajji has diligently served as Serjeant at Arms of the House of Commons for three and a half years and, as the Leader of the House mentioned, Kamal is the first person from a BAME background to hold one of the most prestigious posts in UK public life. During his tenure there has not only been an EU referendum but a general election.

In Parliament, Kamal performed his ceremonial duties with dignity and grace from day one, including with his retirement last Friday. As the Leader of the House pointed out, Kamal is a martial arts expert, which meant you were very safe as you walked along in the procession, Mr Speaker.

Kamal’s excellent interpersonal skills, commitment to customer service and genial manner will be missed, especially by Members who have had the pleasure of working closely with him. We have been fortunate to have a colleague who was so kind, genuine and helpful.

Kamal has a young family, and his main reason for retiring was to spend more time with them and his wife. He has been an outstanding public servant, and Her Majesty’s Opposition wish him and his family good health and happiness for the future.