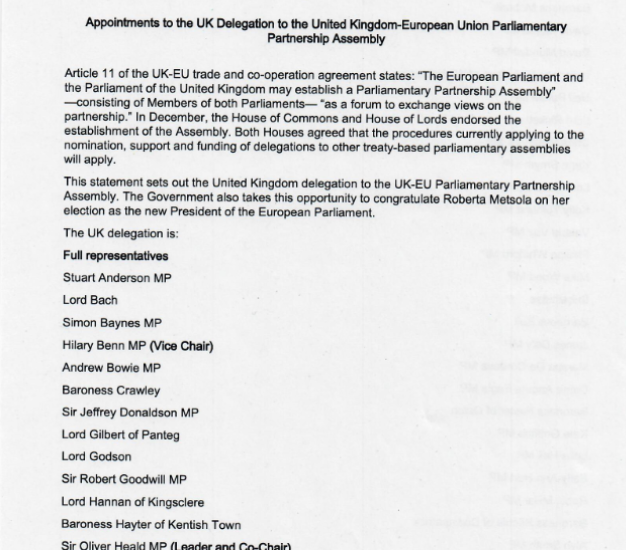 On Wednesday, 26 January 2022, it was announced that I have been appointed to the UK-EU Parliamentary Partnership Assembly.

The Assembly is a new body established to allow members of the UK and EU Parliaments to discuss and scrutinise the implementation of the UK-EU Trade and Cooperation Agreement (TCA). The TCA sets out the relationship between the UK and the European Union after the UK’s departure, covering issues including trade, security, state subsidies for businesses, fishing, and shared scientific programmes.

Now that the UK has left the European Union, the Assembly will be an important forum for members of both Parliaments to exchange views. The Assembly will also be able to request evidence on the relationship between the UK and the EU, and make recommendations on the implementation of the TCA.

I am delighted to join the Assembly. It is important that we maintain a strong working relationship with the EU as our closest neighbours. 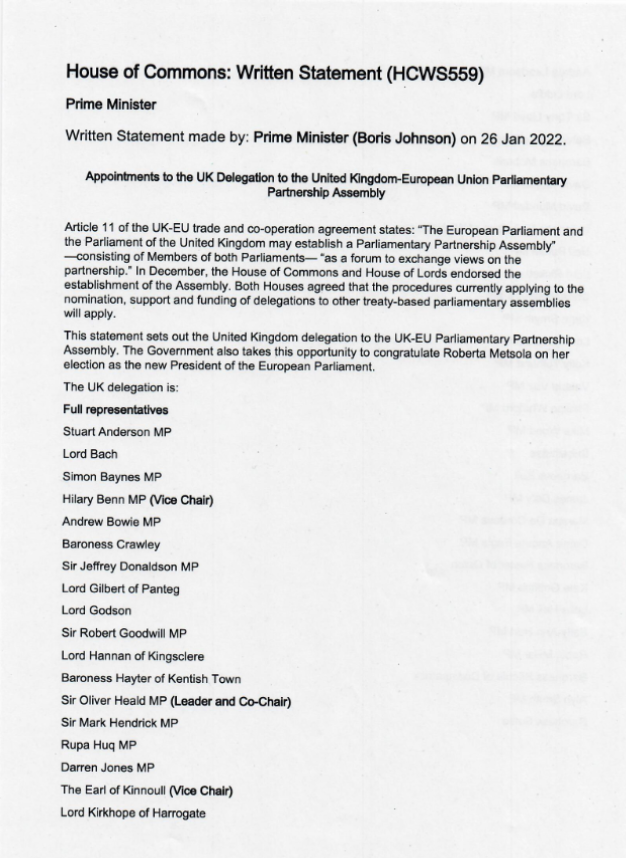 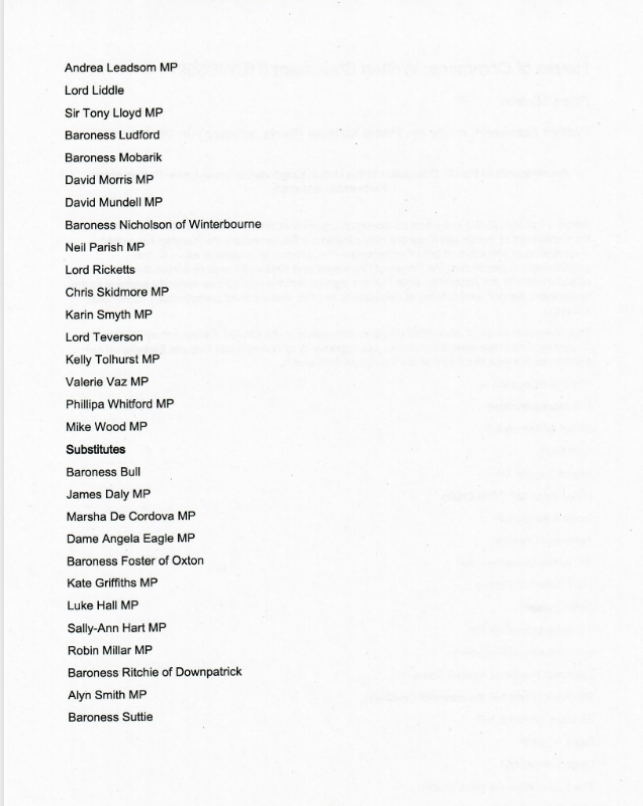