HomeNewsMotion on the Trident Nuclear Deterrent

Motion on the Trident Nuclear Deterrent 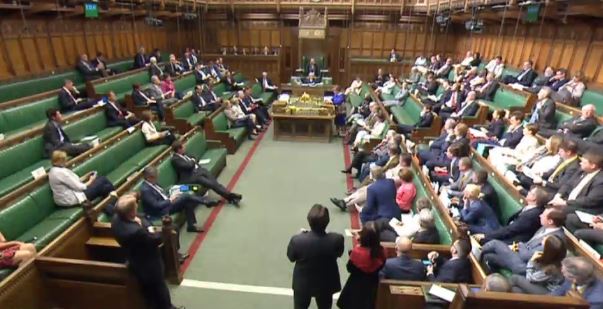 The previous Labour Government made important efforts towards disarmament, almost halving the number of operationally available warheads to fewer than 160 and reducing the number of deployed warheads on each submarine. It also scrapped the free-fall WE177 tactical nuclear weapons in 1998, making the UK the only recognised nuclear –armed NPT to possess just one nuclear system. The UK’s fleet of SSBNs operated on a Continental at Sea Deterrent (CASD) posture, meaning at least one Vanguard class submarine is out on patrol at any one time. Four submarines is currently deemed the minimum of submarines required to ensure that one vessel is on patrol at any one time. Labour’s position, as agreed by the National Policy Forum in 2014 and approved by Labour Party Conference in Brighton in 2015 is that we are committed to a minimum, credible independent nuclear deterrent, delivered through a Continuous At–Sea Deterrent.

According to the House of Common’s Library, if one assumes that the defence budget will remain static to 2060/2016 (therefore covering a 30 year lifespan of a system that enters service in approximately 2031), and assumes that the in-service costs will continue to represent 6% of that budget, then total in-service costs for Successor between 2031 and 2061 will be approximately £71.4 billion. The £2.1 to £2.38 billion a year cost of maintaining the UK’s nuclear deterrent is roughly equivalent to what is spent currently on the Attendance Allowance, or Carers Allowance, or Winter fuel payments (each of which are around £2-£2.5 billion per year).

An ethical case against nuclear weapons is well-established. But, we live in an uncertain climate in which defensive stability is vital. The decision to renew our nuclear deterrent will demonstrate to United Nations and NATO members that the UK remains committed to effective defence. Above all, people wish to feel secure and protected in the face of global instability, and maintaining the UK’s Nuclear Deterrent is fundamental in achieving this.

The following motion was put to the House:

“That this House supports the Government’s assessment in the 2015 National Security Strategy and Strategic Defence and Security Review that the UK’s independent minimum credible nuclear deterrent, based on a Continuous at Sea Deterrence posture, will remain essential to the UK’s security today as it has for over 60 years, and for as long as the global security situation ​demands, to deter the most extreme threats to the UK’s national security and way of life and that of the UK’s allies; supports the decision to take the necessary steps required to maintain the current posture by replacing the current Vanguard Class submarines with four Successor submarines; recognises the importance of this programme to the UK’s defence industrial base and in supporting thousands of highly skilled engineering jobs; notes that the Government will continue to provide annual reports to Parliament on the programme; recognises that the UK remains committed to reducing its overall nuclear weapon stockpile by the mid-2020s; and supports the Government’s commitment to continue work towards a safer and more stable world, pressing for key steps towards multilateral disarmament.”

I voted in favour for the motion and the policy of HM Opposition. The results were: Ayes: 472 Noes: 117