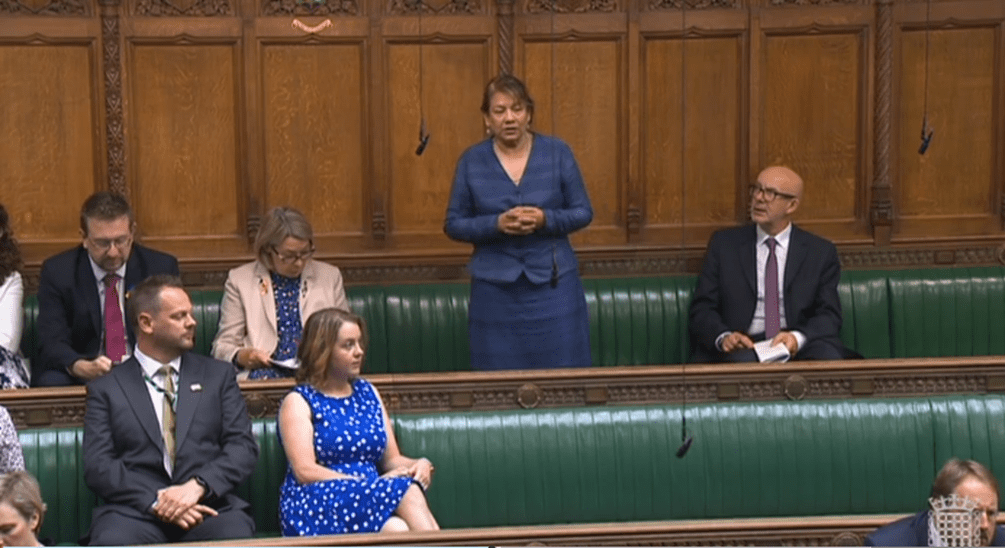 Mr Speaker granted two Urgent Questions on Tuesday 28 June 2022. The first was to ask The Secretary of State for Justice to make a statement on the incidence of rape cases not taken forward for criminal prosecution. I was able to ask the Minister the following question:

“I’m sure the Minister will realise that the whole House will welcome any new measures, but could she say what is being done about some of the older cases, which have just been stopped in their tracks? Will she ensure that adequate resources are there for those legacy cases where justice hasn’t been done?”

The Minister said that the Government investment in the Crown Court system would allow historic cases in the system to be investigated, and that specialist courts are being trialled focusing on rape cases in areas with particular backlogs of sexual violence cases.

The second UQ related to the Supreme Court of the United States judgment on Friday 24 June 2022 that the legality of abortion in America would no longer be protected across the country, delegating the matter to individual states. Dame Diana Johnson MP who applied for the UQ asked The Foreign Secretary to make representations to the United States about ensuring that women’s rights to access reproductive healthcare are protected as part of her Department’s ongoing work to protect human rights internationally and whether the Government would support the introduction of buffer zones around abortion clinics, where intimidation and persuasion techniques would be proscribed. In my question to the Minister  I asked :

“Can I follow up on my Honourable friend’s question about buffer zones. The Minister failed to answer it. Given that it’s about to be introduced in Scotland, could she say what the Government’s position is on that?”

The Scottish Government have recently announced an intention to legislate to introduce buffer zones. The right of a woman to make her own decision must be protected in law, and no woman should be subject to harassment during this process. The Minister said that the Home Office would keep buffer zones under review.