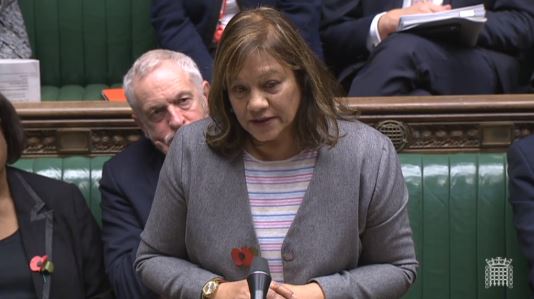 On Monday 30 October 2017 Leader of the House made an Urgent Statement on the Government’s plans to tackle sexual harassment in Parliament.

“I thank my right hon. and learned Friend the Member for Camberwell and Peckham (Ms Harman) for raising this very important issue: 35 years in this place and she is trying to take society forward in a leap. May I also thank you, Mr Speaker, for your statement? I welcome the statement of the Leader of the House and thank her for early sight of it. We on the Labour Benches are ready to work with the Government and with all parties on this, as the Leader of the Opposition made clear in his statement at the weekend.”

“We all need to come up with an appropriate safeguarding policy for everyone who works in this place. In her letter to you, Mr Speaker, the Prime Minister mentioned that there may have to be a new body. Any new body must encompass everyone who works in the House: it must look at complaints about Members, the staff of the House, including contractors on the estate, and Members of the other place. It must also work with trade unions, which certainly helped the Labour party draw up its code of conduct.”

“There must be due process: any allegations must be made and there must be a proper process of investigation, and some serious allegations may be referred to the police. If we have a streamlined process, everyone will be aware of it. I know that the House currently has the employees’ assistance programme, which was set up by you, Mr Speaker, in 2014 for Members’ staff, who also have a free confidential phone line, but it needs to go further. The new body needs to build on that. The Leader of the House made a number of recommendations, which need to be looked at by a working party, or another body, so that we ensure that we do not just react to the situation, but deal with it appropriately.”

“I ask the Leader of the House to ensure that the House looks at widening the scope of this helpline to include independent advice, including legal advice, on the next steps for the complainant. Currently, all the helpline can do is to give counselling to complainants and then refer the matter to parties. I am not clear what other parties do, but the Labour party has a code of conduct that is signed up to by every single member of the party—MPs and members of the party. This code has been sent around a number of times since I was first elected in 2010, and it has been sent around again today. If anyone wants to raise anything under that code of conduct, it is referred to the head of complaints at the Labour party, who will look at the nature of the complaint.”

“May I ask the Leader of the House whether she has seen the letter from the shadow Minister for Women and Equalities, my hon. Friend the Member for Brent Central (Dawn Butler), to the Prime Minister? Will she ensure that, when a Minister is said to have broken the ministerial code, it is clear that they were actually a Minister at the time? Can the Prime Minister’s response be placed in the Library?”

The Leader of the House replied:

“I share the hon. Lady’s concerns. We met earlier today, and I am pleased that we are absolutely in the same place regarding our determination to tackle this issue very quickly. The hon. Lady is right that the House needs to look at broadening the resources available to the helpline so that staff in this place can get better support and more advice. The Prime Minister has not yet seen the letter from the Opposition Women and Equalities spokeswoman, but she will, of course, look at it very carefully. I share the hon. Lady’s concern about the way in which women’s anatomy is used as a swear word. She is exactly right that it is deeply frustrating and irritating for women and for men. We must recognise that this issue does not just affect women; it also affects men. In dealing with the problems across both Houses, we need to have respect for all people—women and men.”

The Labour Party has a zero tolerance approach to sexual harassment and our Policy is available to read here: https://labour.org.uk/about/sexual-harassment-policy/