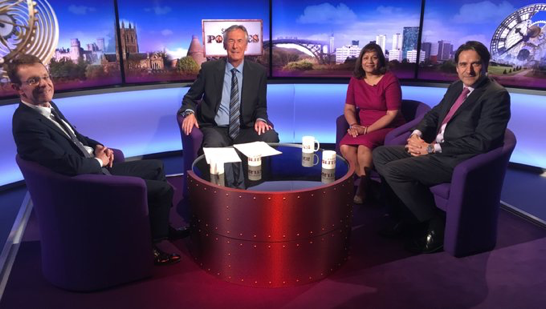 On Sunday 10 June 2018, I was a guest on BBC Sunday Politics West Midlands. Topics for discussion were the West Midlands Mayor’s first year in office, drug abuse and unit alcohol pricing.

I asked the Mayor when he will receive a response from the Prime Minister on more funding for the region, for the Midland Metropolitan Hospital and housing.

Drug related deaths in Walsall have been increasing recently with 38 deaths between 2014-16. It is about treating people. A total of 3,744 people died of drug overdoses in 2016. ONS figures show that Councils have reduced drug and alcohol schemes as their own health budgets have been squeezed by Government cuts. £117 million less is being spent on treatment now than five years ago.

Following the recent introduction of unit alcohol pricing in the Scotland, the question was raised whether it should be introduced in England. I was a member of the Health Select Committee which recommended this. High strength cider which contains 14 units of alcohol, more than the weekly limit for alcohol, can be bought for as little as £2.50. This has to stop.