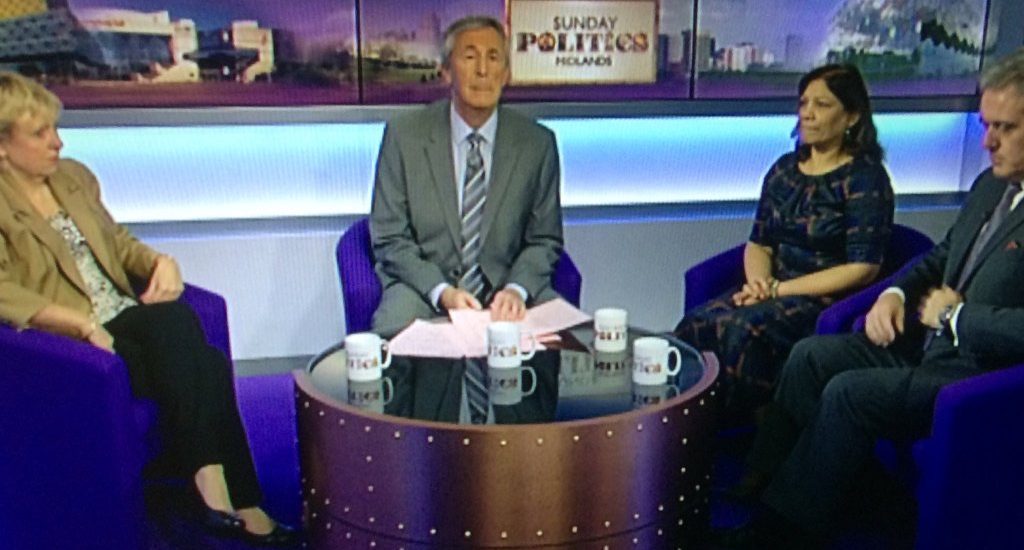 On Sunday 17 April 2016,  I was a guest on the BBC Sunday Politics West Midlands. Topics for discussion were the revelations of the Panama Papers, the possible demise of the Lib Dems and Steel.

The Panama Papers scandal has caused many people to lose faith in the Government.  I pointed out that the UK is harmed when tax is hidden away in offshore accounts. I raised the issue that the wealthy benefit from complicated tax laws which has accommodated tax avoidance. The UK Tax Gap – the difference between tax owed and tax collected – was 6.4% or £34bn in 2013/14, the most recent year for which figures have been published.

• Legal avoidance of Corporation Tax by businesses accounted for £1bn of the Tax Gap in 2013/14. [HMRC]

I would like to see more enforcement of those at the top end who appear to be avoiding paying their taxes which belong to the British people. The majority do not have accountants or lawyers who help them minimise their tax liability.

On steel, I argued that steel is a crucial sector to our economy.  This government must do more to protect the industry  while British steel struggles to compete with cheap Chinese production. It must devise an effective strategy to work with Tata Steel. •UK Steel, the trade body for the industry, report that the sector makes a £9.5bn contribution to the UK economy, with an export value of £4.9 billion. The UK steel industry generates £90,000 of added value for each and every steelworker. I called for the fast track of infrastructure projects. In waslall South the Tata Steel plant at Darlaston must be saved otherwise a further 60 specialist jobs will be lost.

I mentioned that as people go to the polls in the local elections on 5 May 2016 they should be aware that of these figures from the Local Government Association who said in October 2015 that funding to councils from central government had reduced by 40% since 2010. This makes it very difficult for local authorites to provide services.