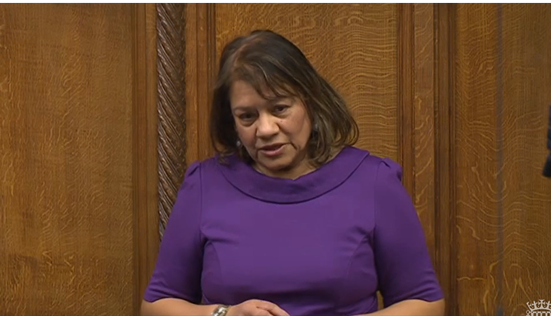 The NHS Race and Health Observatory is an independent expert body, established by the NHS to examine the health inequalities experienced by Black and minority ethnic communities in England. Last month the Observatory released a report titled “Ethnic Inequalities in Healthcare: A Rapid Evidence Review”, which considered areas such as mental healthcare, maternal and neonatal healthcare and the experience of NHS workforce.

This was a damning report. In his foreword, the Director of the Observatory Dr Habib Naqvi described the “overwhelming case for radical action on race inequity in our health service”. The report set out that “Ethnic inequalities in health outcomes are evident at every stage throughout the life course, from birth to death”, with “widespread” inequalities in areas such as mental health, maternity care and the experience of the NHS workforce.

At Questions to the Secretary of State for Health and Social Care on Tuesday 1 March 2022, my question on the Order paper was:

“What assessment he has made of the implications for his policies of the NHS Race and Health Observatory’s February 2022 report on “Ethnic Inequalities in Healthcare”.

The Secretary of State said that later this year the Government will publish a White Paper on health disparities, including those linked to ethnicity. My follow up question was:

“I hope he will ensure that he implements all the conclusions of that report. He is aware of the McLean review into the senior leadership of the Royal Wolverhampton NHS Trust, who have now annexed the Walsall Manor Hospital. Can he say what he will do to ensure that all those working in the NHS and using the NHS are treated with equality and transparency, starting with the Manor?”

The Secretary of State did not fully address my question as it related to the Manor. In her review Dr Kathy McLean OBE interviewed governance and leadership figures at the Manor Hospital who reported “a consistent lack of compassion or respect for people” and a “perceived disregard for governance processes” from some senior leadership figures at Walsall Trust. The Royal Wolverhampton Trust and Walsall Trust now share a CEO, Chair and multiple board members. The frequency of the meetings of each individual Trust’s Board has been halved, and the two Trusts will now have a number of ‘Committees in Common’ to consider joint strategy. A whistleblower at the Manor has expressed shock and disappointment that the figures investigated remain in post in the wake of the review.