HomeNewsValerie asks a Question on Business, Energy and Industrial Strategy

Valerie asks a Question on Business, Energy and Industrial Strategy 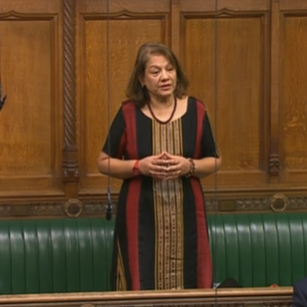 After leaving the European Union, the Government also announced they would create a Shared Prosperity Fund to replace £2 billion received by the UK from the EU each year, which would be spent on reducing ‘inequality between communities’ (Conservative Manifesto 2017). Only limited details of how the Fund will be spent have emerged since then.

At Questions to the Secretary of State for Business, Energy and Industrial Strategy on Tuesday 11 January 2022  I asked:

‘Will the Minister publish details of the Business Innovation Forum, and how they will hold the Government to account on distributing the Shared Prosperity Fund throughout the UK?’

‘Yes, we are in the process of establishing the Business Innovation Forum. I want to make sure that we’re talking to not just the same old people, that government always talks to, but the companies on the front line, the leaders on the frontline, of the new sectors of tomorrow, in the Innovation Strategy we set out seven high-growth sectors, and I’ll be publishing details of that in due course.’