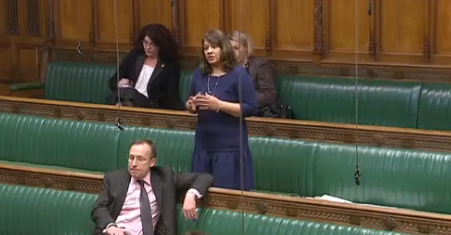 This situation is a tragedy. Some constituents have been affected by this scandal and have had difficulty in accessing medical records having had to prove that the person affected by infected blood was infected. This is not a good position. That is why I asked the question because people should be believed. many people contracted diseases through the infected blood and have had to face the stigma without knowing how or where they contracted these diseases including HIV. In the Statement the Minister outlined a new process on 21 January 2016. My question was on what evidence was needed which is sometimes difficult to get hold of:

Valerie Vaz (Walsall South) (Lab): The Minister will know that some of the cases go back many years and the medical records may have been destroyed. Can she say in a little more detail what evidence is required both at the assessment stage and for those applying to the discretionary fund?

Jane Ellison: In truth, it is a little too early for me to give that level of detail. We want to ask for expert advice on that in order to get it right and, as I said in the statement, we are looking at the impact on people’s health now. We do not want this to be an invasive or onerous process for the people, who have gone through so much already, so we envisage involving people’s own clinicians as well as gathering other evidence. This is something we will ask experts to advise us on and we will come back at the end of the consultation.