HomeNewsValerie asks for a Full Public Inquiry into the death of Pat Finucane.

Valerie asks for a Full Public Inquiry into the death of Pat Finucane. 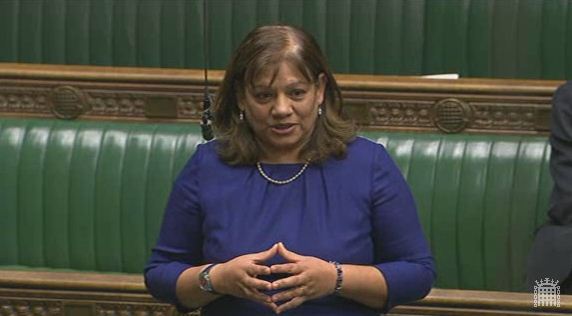 On the 12 December 2012 Valerie asked the Prime Minister for a full public inquiry following the publication of the de Silva report on the death of the lawyer Pat Finucane.
Valerie asked:
“I thank the Prime Minister for coming to the House with this statement. Nevertheless, this remains a paper review. He has asked a number of his Departments to look at various issues and open up Whitehall to questions, so may I ask him to think again about a public inquiry? There is a Treasury Solicitor’s Department—a Government Department—which can co-ordinate a public inquiry very simply and cheaply, along the lines of the Baha Mousa inquiry. May I also ask the Prime Minister to meet the family today to ask them whether they think this paper review seeks the truth about the death of Pat Finucane?”
The Prime Minister replied:
“I would not describe this simply as a “paper review”; Desmond de Silva did meet some people and conducted interviews. The hon. Lady should also remember that it was a review based on the fact that there had been the largest criminal investigation in British history, which had interviewed everybody and had the documentation. Alongside that—all the access to the Stevens material—Desmond de Silva also had access to all the intelligence and other material in Whitehall. On that basis, I think it is a very complete piece of work.”
You can read the exchange in Hansard here: http://www.publications.parliament.uk/pa/cm201213/cmhansrd/cm121212/debtext/121212-0002.htm#12121240001667
The Report produced from The Rt Hon Desmond de Silva QC’s Pat Finucane Review can be read here: http://www.patfinucanereview.org/report/index.html