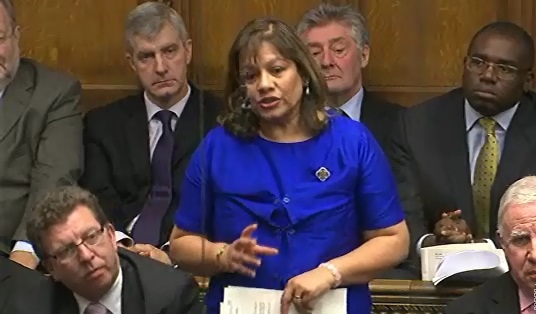 Valerie asked the Prime Minister to reinstate funding for the UK Resource Centre for Women in Science, Engineering and Technology (UKRC) during Prime Minister’s Questions on 11 January 2012.

“The UKRC does vital work to tackle the serious under-representation of women in science, engineering and technology.  I am dismayed that by 2012 the UKRC will have had 100% of its Government funding withdrawn.

“This comes at a time when unemployment for women has reached over 1million – the highest since 1988.  Only 5.3% of women in employment are in science, engineering and technology occupations, and a man is six times more likely to work in a SET occupation than a woman.

“Overall, women account for just 12.3% of people in science, engineering and technology occupations.

“The UKRC works directly with women and with organisations to support women in these professions.  British scientists – women and men – are among the best in the world and the Government should take steps to ensure the sector is more representative of our society.  The UKRC is an experienced and specialist organisation and the Government should support its important and unique work.”

“The Prime Minister has agreed to consider this case and I look forward to his response.”

More information on the UKRC can be found at: http://www.theukrc.org/